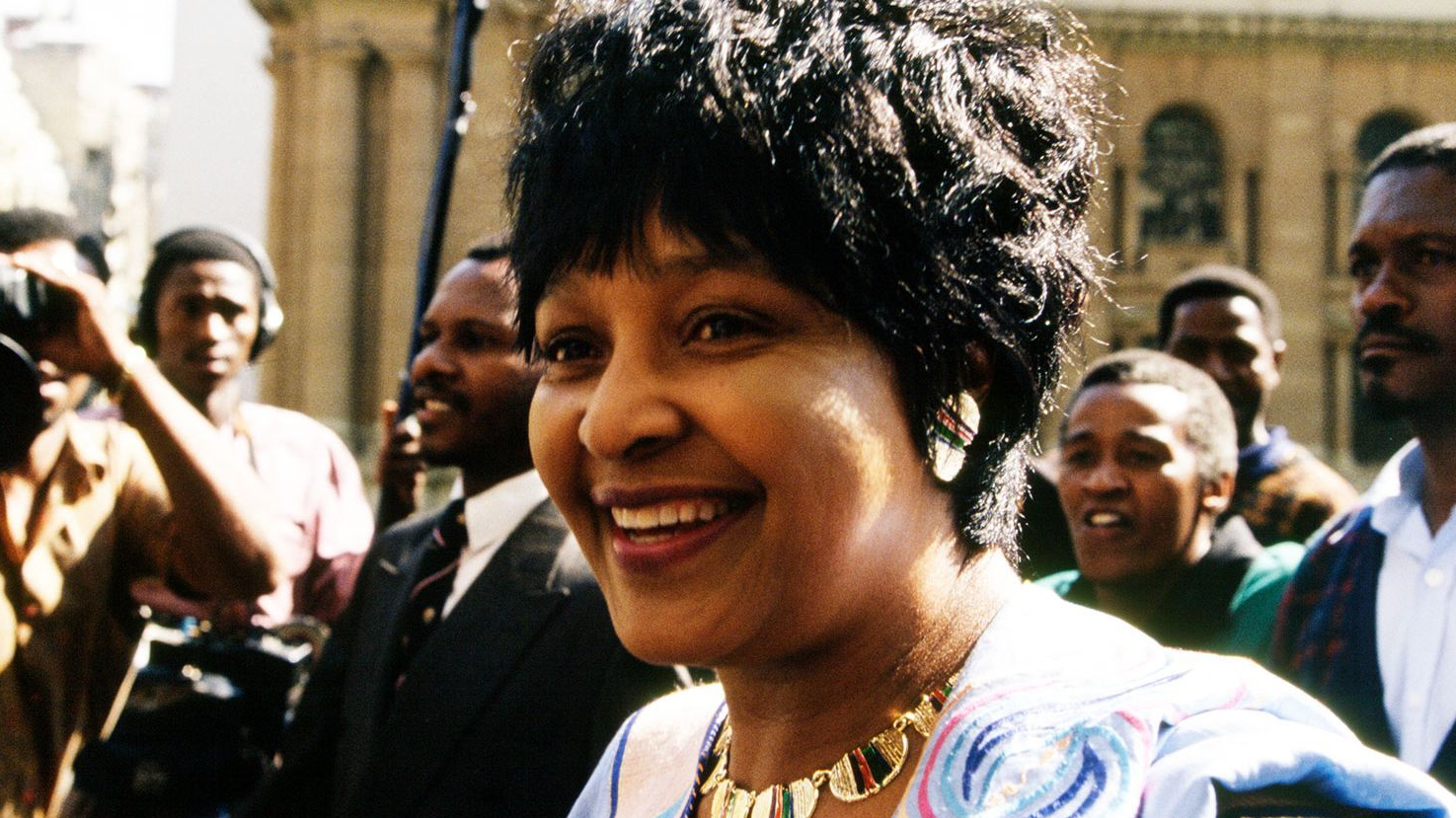 For decades, Winnie Madikizela-Mandela was heralded as a symbol of heroic resilience and resolve. Having stood by her husband Nelson throughout his arrest and subsequent imprisonment by South Africa’s Apartheid regime for almost 30 years, Winnie became the former president’s voice throughout the world, until his eventual release in 1990.

However, it was her subsequent fall from grace in they eyes of the world which is more likely to be remembered by most people nowadays. In her new award-winning documentary Winnie, director Pascale Lamche attempts to lift the lid on Madikizela-Mandela’s extraordinary public and private life by talking to those closest to the woman once known as the “mother of the nation”. Structured around a series of talking heads and archival footage, Winnie takes us all the way back to the early days of the fight against Apartheid. A fresh-faced and unapologetic Winnie is presented to us as a fearless and righteous freedom-fighter ready to do battle against segregation and racism in a country where the majority of people still had no say in their own destiny.

Attempting to redress the balance on the events that lead to Winnie’s fall from grace in later years, Lamche lifts the veil on the early days in her struggle and bravery by reminding us who she really was during those years and less on the ugliness that was to follow. For her daughter Zindzi, her mother had to pay the price by being labelled a sinner, while her father became revered by all. Lamche makes no secret of wanting to show how one-sided the press and general opinion turned Winnie into a monster, while the rest of her former comrades in the ANC were allowed to flourished and hold high-ranking posts.

While Pascale Lamche certainly makes a good argument in the difference of treatment towards women in the ANC post-Apartheid, she is sadly unable to fully address the controversies surrounding her subject. Lamche allows Winnie, now in her 80s, ample screen time to make an argument for her own redemption, while omitting those who were wronged by her actions. The subject of her part in a kidnapping and subsequent murder of a young activist and later corruption trial are barely touched upon, but perhaps that was the whole point of the documentary.

Lamche’s agenda is clear for all to see, and isn’t necessarily a bad thing. He ability to portray a former freedom fighter turned into a figure of hate, serves as a good example in how a documentary can be both factual and narrative-led. Whether that is a good or bad thing isn’t entirely clear in this instance, however on the whole the film presents an interesting side of a story many wouldn’t have been aware of.