Film Review: Mark Felt: The Man Who Brought Down the White House 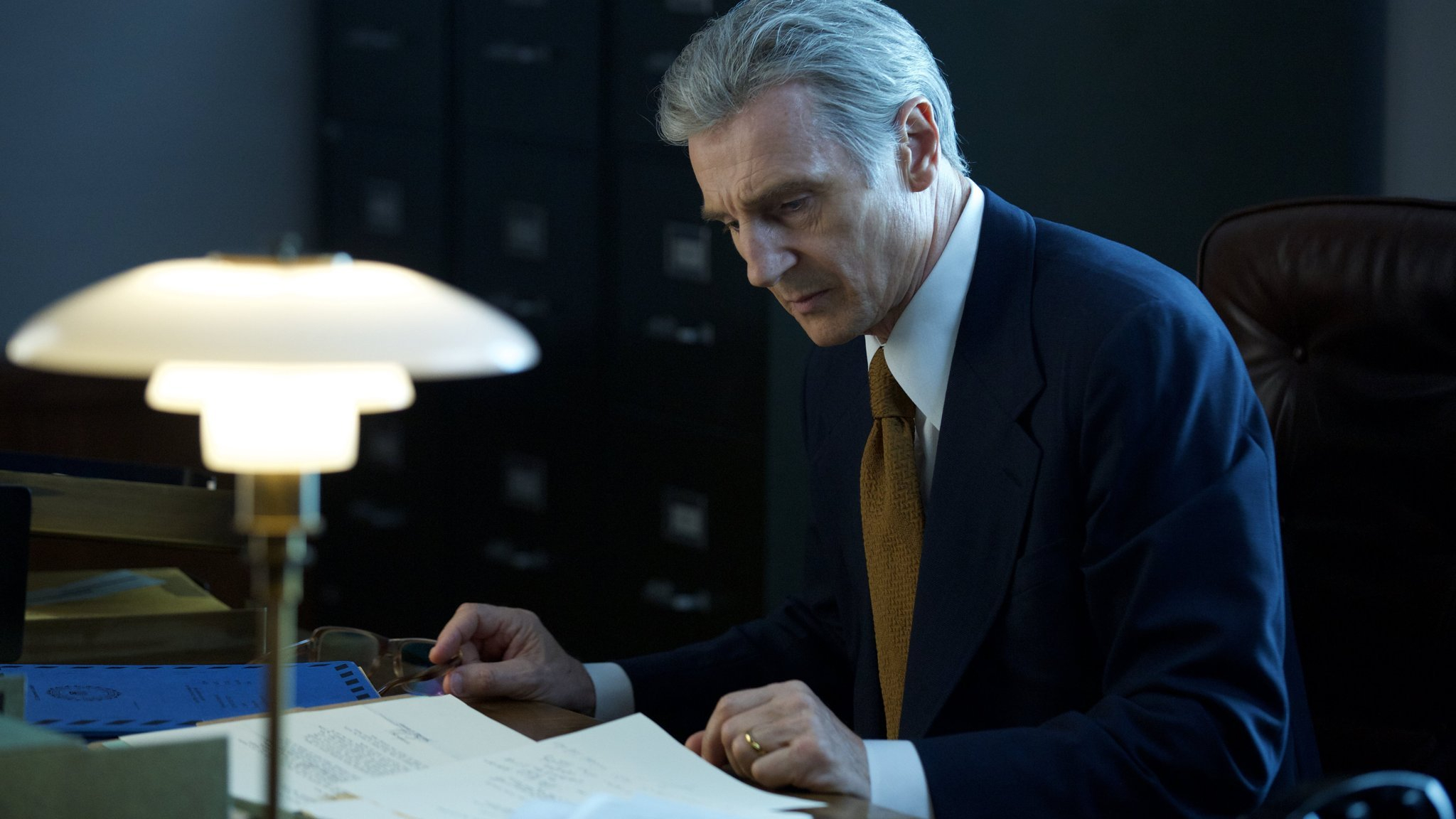 Mark Felt: The Man Who Brought Down the White House

Peter Landesman’s Nixon era drama is a rather dark and solemn affair, which despite suffering greatly from being far too expositional, still manages to somehow get under your skin and is likely to stay with you long after the credits have rolled.

In Mark Felt: The Man Who Brought Down the White House, Landesman offers us the chance to re-acquaint ourselves with the man who became known as “Deep Throat”, a FBI whistleblower who played a huge role in bringing down the Nixon presidency after the Watergate scandal. Although his true identity remained a mystery for over 3 decades, in 2005 special agent Mark Felt made a revelation that went to shock the world, when he declared himself to be the mystery figure behind “Deep Throat”.

Liam Neeson is Mark Felt, a long respected FBI official who was considered by most observers in the 1960s and 70s as the heir apparent to J Edgar Hoover, and was at one time a shoe-in to take over from the famously cantankerous FBI director. However, when Hoover dies suddenly leaving behind him a power vacuum, Felt, a registered democrat, is deliberately sidelined by an increasingly paranoid president Nixon who brings in one his men, the more malleable Patrick Gray (Marton Csokas), to take over from Hoover.

Feeling betrayed and bitter at his treatment, Felt takes the higher ground and agrees to help Gray fulfil his mission out of duty for the FBI. However when the story behind the Watergate, which looks like it could incriminate the president on the Eve on his reelection breaks, Felt feels duty-bound to do all he can to get to the truth, even when he is ordered by his superiors to shut down the investigation.

Landesman offers a respectably detailed account of the events that led to Nixon’s resignation, and manages to draw some commendable parallels between what happened then and the current Trumpian era, however where things don’t quite work out for him is in his inability to stick to telling the story at hand. A subplot about Felt’s long lost daughter, runs in parallel with the main politically charged narrative, but sadly fails to bring anything of value to this extraordinary story.

Neeson puts in hugely convincing performance as Felt, he offers him as an honest, resilient and above all determined figure, who will stop at nothing as long as there is truth to be uncovered, while Marton Csokas puts in a deliciously over the top, and veering on the camp, turn as Gray. All in all, the film offers a flawed yet deeply engaging account of one of the most important events in the history of modern America, and can be read as a direct dig at the current ongoings in the Oval Office at the hand of its deeply paranoid and unstable current occupant. Not perfect, but definitely worth the watch.