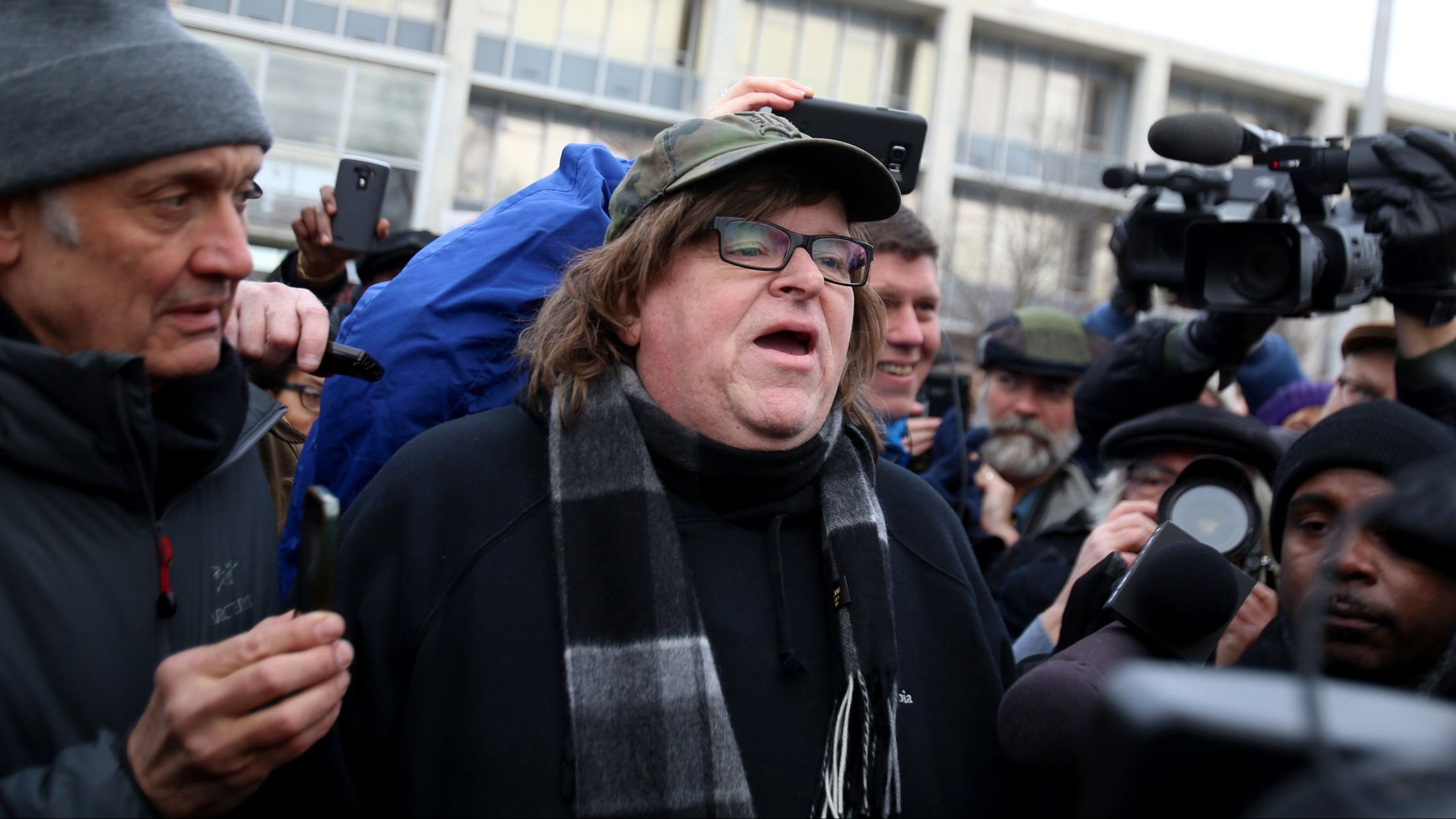 In the aftermath of the 2016 US presidential election, Michael Moore looks back at the multi-faceted reasons behind the unthinkable result. Juxtaposed against the jubilance of Hillary’s election party is Castle Trump, set to the theme of The Omen, no less. Moore opens Fahrenheit 11/9 by asking, “How the fuck did this happen?”.

How the fuck, indeed. How does an openly racist, transparently deceptive orange clown defeat a seasoned, confident and competent politician? In the two years since the election, numerous explanations and rationalisations have been proffered. Moore himself touches on many of the most popular, including his own complicity in the media’s adoration of Trump’s antics.

Moore’s signature emotive style has drawn criticism in the past, and in Fahrenheit 9/11 it’s certainly clear and present. As with the opening sequence, his use of comedy often obfuscates a serious point for a cheap gag. His scattershot approach means that the film frequently wanders off topic, in pursuit of a litany of social, economic and political injustices. It’s not that the points he’s making can’t be traced back to Trump’s ascendancy, but simply that Moore himself doesn’t always join the dots, and leaves a few too many threads dangling. Equally, an extended segment on the post-Parkland shooting youth movement is inspiring but does little to address Moore’s central question.

Nevertheless, the juvenile stunts and naked manipulation that have characterised his earlier work are mostly absent here, save for one daft moment when he arrives at Michigan Governor Richard Snyder’s office to make a citizen’s arrest, later hosing down his mansion with Flint water. Snyder, arguably more so than Trump himself, is the film’s true boogeyman, a repellent specimen responsible for the poisoning of the city of Flint’s water supply for his own gain. Even looking at Moore’s unapologetically subjective approach with a critical eye it is difficult to come away not believing that Snyder should be behind bars.

Arguably, Moore spends too much time laying out Snyder’s evildoing and not enough explaining what this has to do with Trump, and his claim that Trump is emulating Snyder on a larger scale is ultimately unconvincing. Eventually he gets to the point: after decades of establishment politicians ignoring the people and of institutionalised corruption through gerrymandering and the electoral college, voter disillusionment has paved the way for a demagogue promising to drain the swamp. The point is nailed home with Obama’s arrival in Flint, promising change but delivering nothing more than mealy-mouthed capitulation. This time, it’s the politicians, not the filmmaker, pulling the stunts.

His final, inevitable comparison will no doubt be dismissed by those still unpersuaded by Trump’s obvious authoritarian tendencies, and it does beg the question of who this documentary is for, beyond those who already see the profound sickness in American politics. Moore doubles down on the simplicity of this most obvious of comparisons by the silly, if very funny, superimposing of Trump’s words on archival footage of Hitler speaking at a rally.

However, as one historian points out, historical comparisons do not exist as mathematically precise repetitions: despite the adage, the past does not repeat itself, but it does give us patterns to use as a guide for the present. Moore’s final, bleak statement is that evil is slow-moving, subtle and inexorable – by the time we hear the air raid siren, the bombs have already dropped. The only thing left to do is to run for cover.