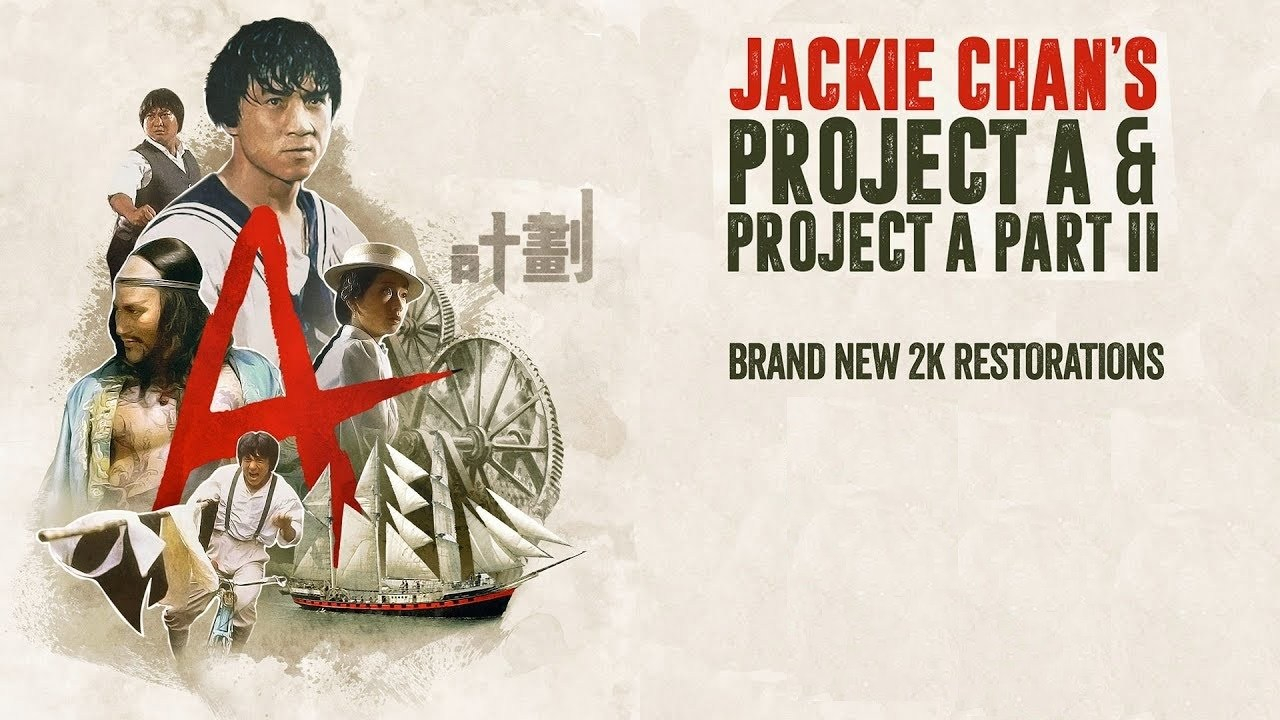 Hong Kong megastar Jackie Chan is as prolific as they come – last year alone, the 64-year-old had eight acting credits to his name – but it was 1983’s Project A which not only solidified his reputation back home, but it also brought him a legion of fans in the west, after his aborted first attempts to crack the US market.

Revisiting the film, it’s easy to see why Chan’s brand of high-octane slapstick action – modelled on early silent-era cinema and with more than a touch of Chuck Jones-esque outrageous stunt displays – chimed so heavily with audiences around the world. He is a true showman, and the film remains the perfect vehicle to showcase his jaw-dropping, death-defying exploits.

A period flick set in 19th century Hong Kong, Chan is Sergeant Dragon Ma, part of a marine task force that has been assigned to deal with the spread of marauders who have been attacking and pillaging ships around the shores of Hong Kong for months. Clashing with the local police team – which results in an epic and hilarious barroom brawl to end all others – Dragan’s team of coastguards are essentially promoted to root out corruption within the law and bring down the nefarious pirates, with a little help from a rotund, yet nimble informer called Fei (fellow martial arts icon and the film’s action director, Sammo Hung).

Project A’s plot rattles along without making too much sense, but let’s be honest, the audience are here for one thing only – Chan’s consummate, larger-than-life stunt work, which remains utterly incredible. Yet none of the set-pieces here would work half as well if it’s wasn’t for the actor’s precise comic timing. As both writer and director, he knows how to get the most out of his deeply committed stunt team. The action scenes are beautifully choreographed and filled with wonderful little throwaway comedic moments which give the film its distinctive character, and offer moments of fallibility which set Chan apart from his other, more impassive and seemingly indestructible martial artist contemporaries.

Even handcuffed, Chan can craft an incredible fight scene, and to say the performer suffers for his art is a gross understatement, judging by the now notorious wince-inducing end credits outtakes which Chan first incorporated into his films with Project A. While not in the same league as its predecessor, the film’s sequel – the imaginatively named Project A Part II – is nevertheless another entertaining slice of Chan’s extraordinary physical chops, and both films are a great jumping-off point for a younger generation unfamiliar with the performer, and those older devotees steeped in his work since the video shop age. The transfer on both films is excellent, the highly saturated colours akin to those MGM musicals from the Technicolor era, perhaps a deliberate homage by Chan, who was undoubtedly a fan.