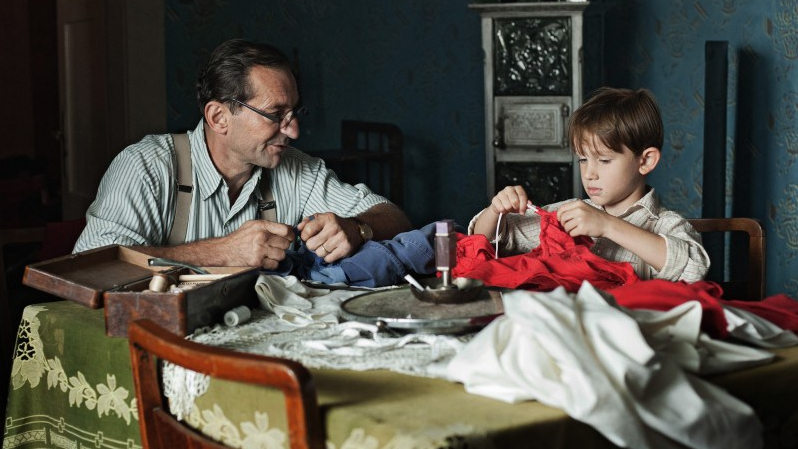 Based on the autobiographical novel by Zdenek Svěrák, and co-directed with Zdenek and his son Jan, Barefoot tells the story of eight-year-old Eda (Alois Grec), who is taken to live with his extended family in the country after his city-dwelling parents resist collaboration with the occupying Nazis.

A prequel to Jan Svěrák’s 1991 feature debut, The Elementary School, Barefoot brings thematic richness to its older brother while working beautifully on its own terms. Indeed, as a coming of age film it is fascinating to imagine that Eda’s life extends beyond the frame of this story.

Barefoot’s glossy presentation, exemplified by its opening sweeping shot across a golden, picture-box Prague complete with steam train chugging over the river, belies the darkness of its second world war setting. Yet Svěrák’s style, coupled with Vladimir Smutny’s sumptuous cinematography, is perfect for his bildungsroman, its nostalgic pastoral evoking the innocence of youth not yet bound by the troubles of the adult world.

That’s not to say, however, that Eda’s life is entirely carefree. After winning over the rough and tumble lads of the village – who have organised themselves by military rank, a show of how the war is affecting everyday life in subtler ways – Eda must face the local bully. But it’s the ongoing family feud with his Uncle (Oldrich Kaiser), whom his Grandfather (Jan Tríska) refers to only as “Wolf”, that drives the real conflict of the film. When Eda hears that Wolf attacked his Grandma in a fit of murderous rage, Svěrák depicts the scene as if through Eda’s heightened imagination, with Wolf brandishing fur and claws. Later, when one of the boys – maimed by an errant German Panzer tank – finds some dumped aircraft fuel to power his motorised buggy, Eda imagines him flying off into the sky to visit his sister.

These instances of magical realism, always against the backdrop of the war, serve to remind us of the primacy of Eda’s perspective in the story; to Eda the Nazi military parades and overhead bombers are harmless spectacles, with reality rarely chilling the warm glow of childhood. It’s impressive that the film’s enchanting qualities never tip into the saccharine, helped by the family’s gruff patriarchal Grandfather ongoing estrangement from his elder son.

The film’s climax suggests reconciliation as much as it does loss, while the poignant way that we leave Eda’s story has much of that wonderful Taiwanese coming of age drama, The Green, Green Grass of Home. A sweet and doggedly innocent fable set among a terrible moment of history, Barefoot assuredly asserts the primacy of childhood in its beautiful simplicity.