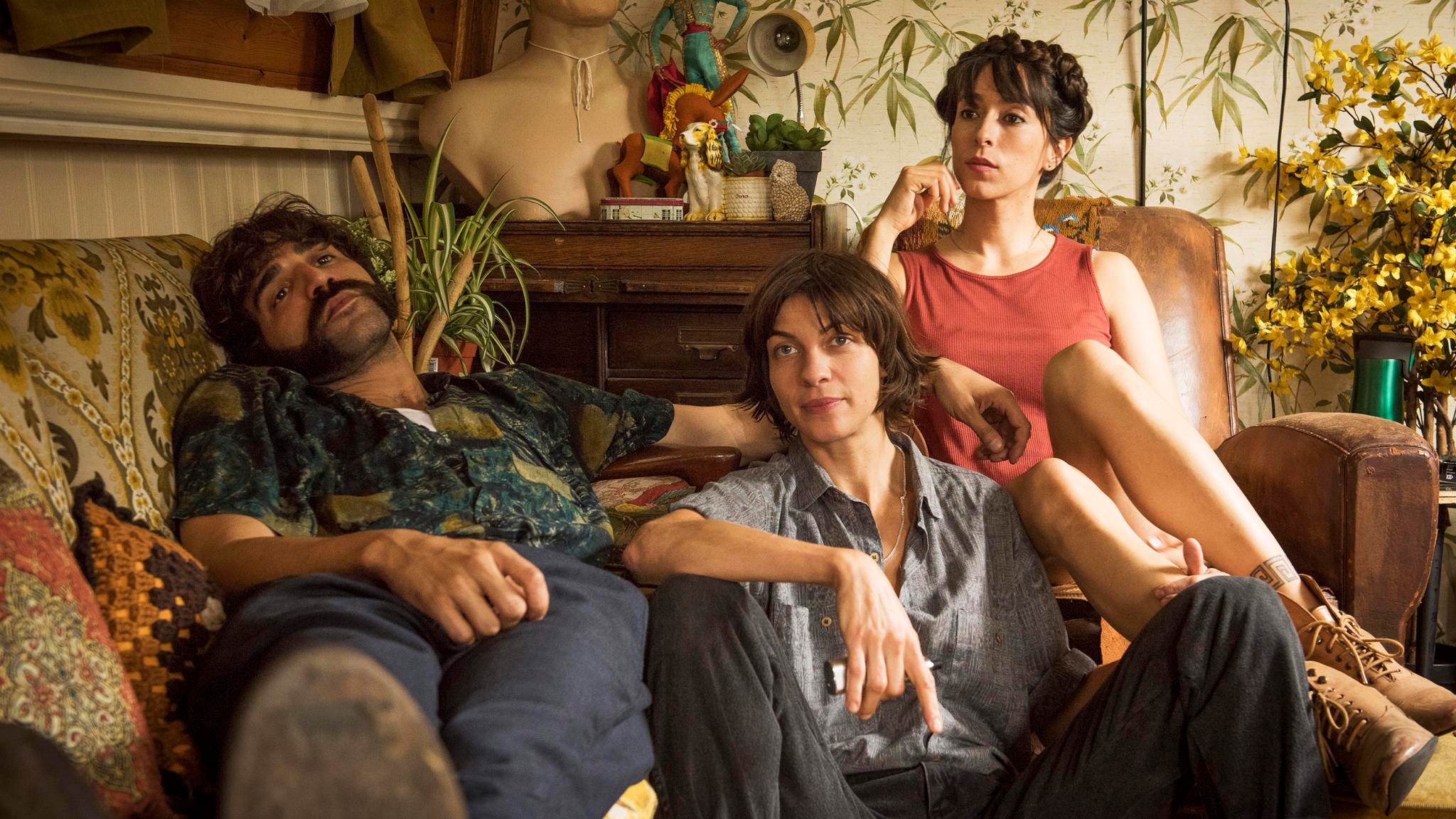 While Anchor and Hope’s subject matter will undoubtedly pique the interests of a LGBTQ audience, it’s clear that director Carlos Marques-Marcet isn’t interested in pigeonholing his work, and that the film’s themes of family and unity will strike a chord with all viewers, regardless of their sexual orientation.

The director has managed to craft a meditative and adroit character piece, but admittedly, it doesn’t take a lot to fall hard and fast for a film which features a drunken interpretive dance of Inner Circle’s Sweat (A La La La La Long) in the first ten minutes. Eva (Oona Chaplin) and her girlfriend Kat (Natalia Tena) live a weirdly bucolic existence in the middle of London on their bespoke, lived-in canal boat. The passing of her cherished cat brings out maternal instincts in the former, who persuades her lover that they should start a family with a little help from Kat’s womanising Spanish buddy Roger (David Verdaguer), over in London for a bit of overextended touristy fun and frolics.

As the pair put their plan feverishly into action, even if Eva’s liberal, ex-hippy mother Germaine (the actresses’ real-life mum Geraldine Chaplin) has initial difficulty getting on board, it becomes increasingly clear that one them may not be as enthused and committed to the idea of parenthood as the other. Like the canal boat which slowly chugs around some little-seen yet fetchingly picturesque areas of the city – beautifully shot by talented cinematographer Dagmar Weaver-Madsen – the film has a slow and unhurried pace, pushing the central characters and their predicament to the forefront. It’s a film which favours mood and performance over plot, and at times, Marques-Marcet’s film has a loose, semi-improv feel.

Of course, it’s always easier to let the cameras roll interrupted when you have such able performers up-front. The trio have great chemistry together, with Chaplin and Tena (both Game of Thrones veterans, incidentally) coming across as a completely believable and loving couple, who are ultimately stretched to breaking point. Verdaguer brings Roger – the film’s ostensive third wheel – to vivid life, and the Catalan actor possesses a winning and easy on-screen charm in a role which marks him as a performer to watch.

All those elements conspire to pitch Anchor and Hope somewhere up there amongst the best films of the year, and even if it does occasionally threaten to outstay its welcome with a 111-minute running time, the deeply engaging performances and that freeing and uninhibited Spanish flavour which Marques-Marcet brings to his English-language debut, means it’s the kind of world you really don’t mind lingering in.