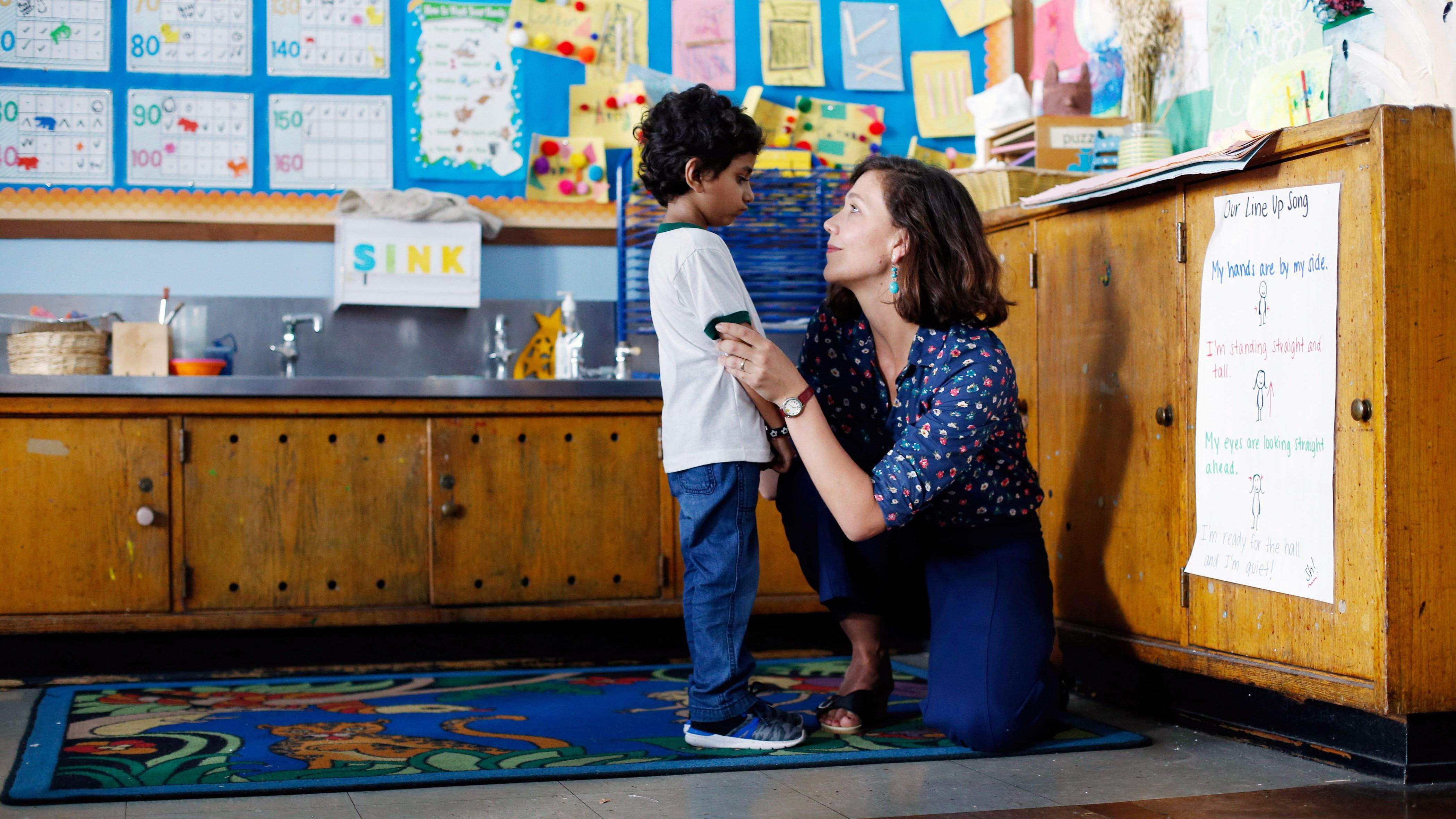 As Lisa Spinelli, Maggie Gyllenhaal is the eponymous educator bored with regurgitating the restrictive school curriculum. Lisa’s creative inclinations are sparked, however, when she notices that one of her pupils, the quiet Jimmy (Parker Sevak), has a preternatural gift for spontaneous poetry.

Sara Colangelo’s second feature is a compelling drama-thriller, bolstered by a quietly fierce turn from Gyllenhaal. It’s difficult to imagine another actor more perfectly suited to such a role. Gyllenhaal has tended to play sympathetic characters, their appealing mix of warmth and worldly edge and offsetting any ostensible guilelessness: see Donnie Darko, Secretary, and Sherrybaby. Much like Robin Williams did with his creepy turn in One Hour Photo, Gyllenhaal inverts type by investing her teacher with a baked-in bitterness at her lot.

As she surveys her class of normal, absent-minded children, Gyllenhaal’s normally puppyish eyes become dark pits housing a gurgling pool of resentment at both herself and the perceived mediocrity of her wards, concealed by her lullaby voice and cracked smiles. It’s an astonishingly studied performance, made all the more impressive at only being noticeable when contrasted against Jimmy’s gift for unwittingly making up poems on the spot. Insisting that his nanny write down his every utterance, Lisa’s need to pin butterflies to the wheel is set in unfavourable relief against Jimmy’s free-flowing, creative innocence.

As Lisa becomes increasingly fixated on Jimmy, things begin tipping into the inappropriate. Beginning with waking him up from nap time to lecture him on his gift, Lisa soon hands over her phone number for him to call her whenever he has a poem to recite, eventually plagiarising his work to impress her night school poetry teacher (Gael García Bernal). The tragedy is that Lisa’s belief that the world will grind down Jimmy’s gift through apathy is invariably true, but her own compulsion to possess it for herself blinds her to the proper way to support him.

Lisa’s piling on to Jimmy the burden of her own cares is visualised through her intrusion into his personal space, either through constantly picking him up, hugging him, or inserting her face into the small frame of a close-up of Jimmy. Several key shots of Lisa semi-nude are intercut with Jimmy, not so much hinting at any sexual interest in him on Lisa’s part, but of a complete breakdown in appropriate boundaries and, perhaps, of a misguided maternal drive in place Jimmy’s own absent mother.

In contrast to Gyllenhaal’s performance, a lack of subtlety in the writing keeps Lisa’s psychology at a distance – the complexity all comes from the actor; on paper Lisa is a deeply unlikable, somewhat two-dimensional character. Not that there’s anything wrong with unlikable leads, of course, but the film’s lack of empathy encourages us to clutch our pearls and gasp at Lisa as a kind of monster, rather than relate to her in a meaningful way. The Kindergarten Teacher evokes sadness and horror in equal measure, but not always a great deal of understanding.