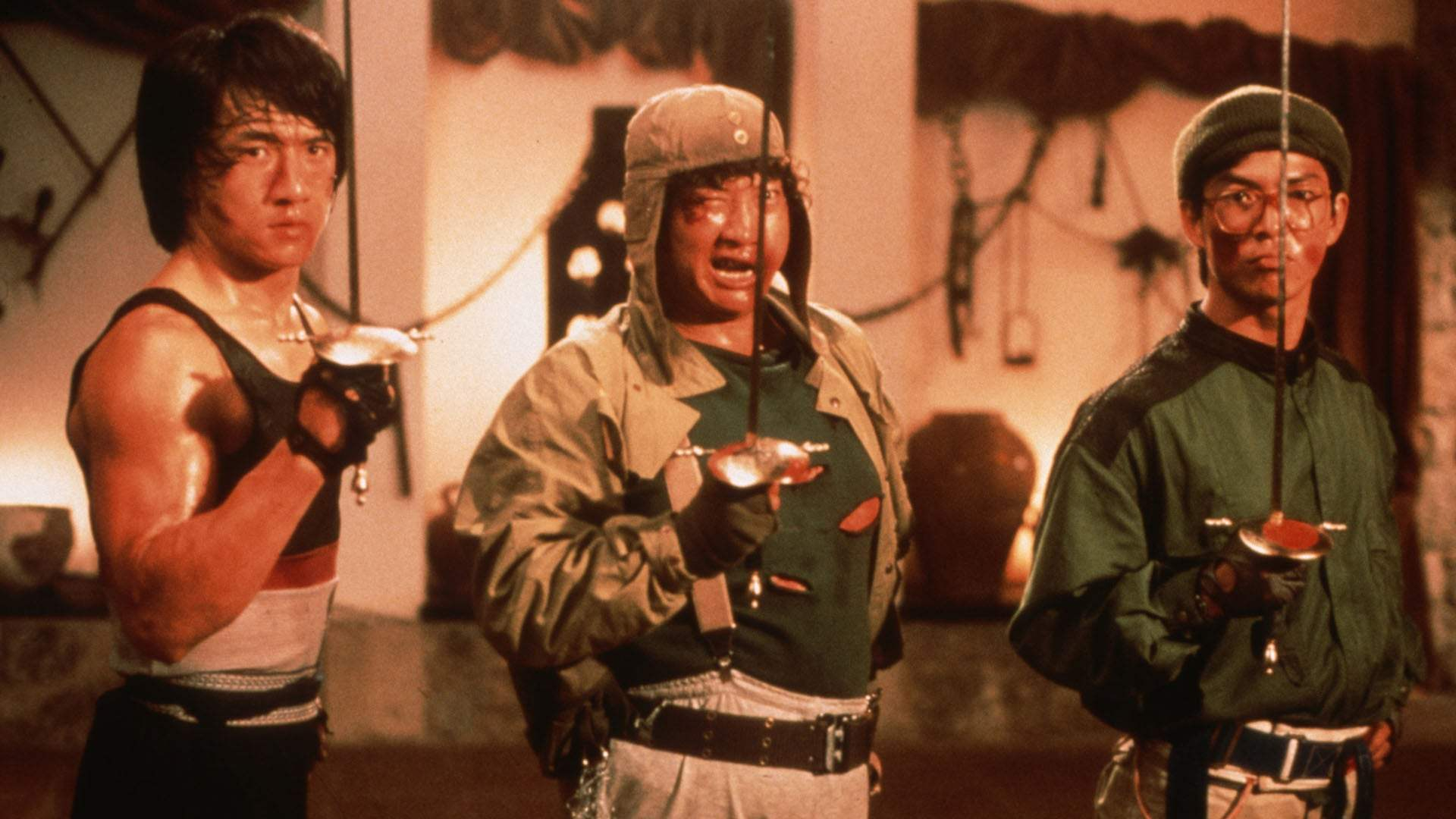 Our championing of the best in home entertainment continues with our March round-up. Criterion and Eureka dominate this month’s line up with four wildly-different titles all deserving of attention – Luchino Visconti’s Death in Venice, Charles Burnett’s To Sleep With Anger, Sammo Hung’s Meals on Wheels, and Billy Wilder’s Irma la Douce.

Death in Venice – 18 March (Criterion)
Luchino Visconti’s adaptation of Thomas Mann’s 1912 novella is a melancholy, poetic and troubling examination of desire, beauty and mortality. In a transformative performance, Dirk Bogarde plays Gustav von Aschenbach, a composer recuperating at a Venetian hotel after a disastrous concert performance. During his stay, he becomes obsessed with a teenage boy, watching him from afar as he plays on the beach. While Gustav’s desire for the boy, Tadzio (Björn Andrésen) is transparent, it is more complex than mere lust (though that is certainly a component). Tadzio embodies the spontaneous, unthinking beauty that eludes Gustav’s work, while the boy’s youth serves as a reminder of Gustav’s advancing age and imminent mortality. Pitifully vampiric, Gustav feeds off Tadzio’s vitality through his relentless gaze. The middle section of the film is virtually dialogue-free, instead watching Tadzio through Gustav’s eyes. The arrival of a deadly plague heightens the film’s dramatic irony, leading Gustav to his inevitable and lonely ending.

To Sleep With Anger – 25 March (Criterion)
From gazing vampires to grinning devils, Charles Burnett’s 1990 family drama, To Sleep With Anger is at once a quintessentially American potboiler and a slow-burn, quasi-supernatural thriller. At its centre is Harry (Donald Glover in a stand-out turn), a drifter and long-time friend of the film’s central family. Arriving on the doorstep of Gideon (Paul Butler) and Suzie (Mary Alice), Harry comes with friendly smiles and old-fashioned country manners, contrasted against the modernity of the film’s South Central Los Angeles setting. Meanwhile, the couple’s grown-up son, Junior (Carl Lumbly), is butting heads with his younger brother Samuel “Babe Brother” (Richard Brooks) over the latter’s negligent attitude to his wife and young son.

Harry’s arrival hearkens greater tension between the two brothers as his influence works its magic on Babe Brother’s masculine insecurities and wild tendencies. Bad omens and accidents keep befalling the family, ranging from minor breakages to Gideon being struck down with a strange fever. Meanwhile, as Harry’s foothold in the household grows stronger, his entourage of rowdy older men, playing cards and staying up all hours continues to grow. Burnett smartly implies supernatural interference while keeping the frame firmly on the family drama in its examination of toxic masculinity, familial anxiety and the power of community as salvation. 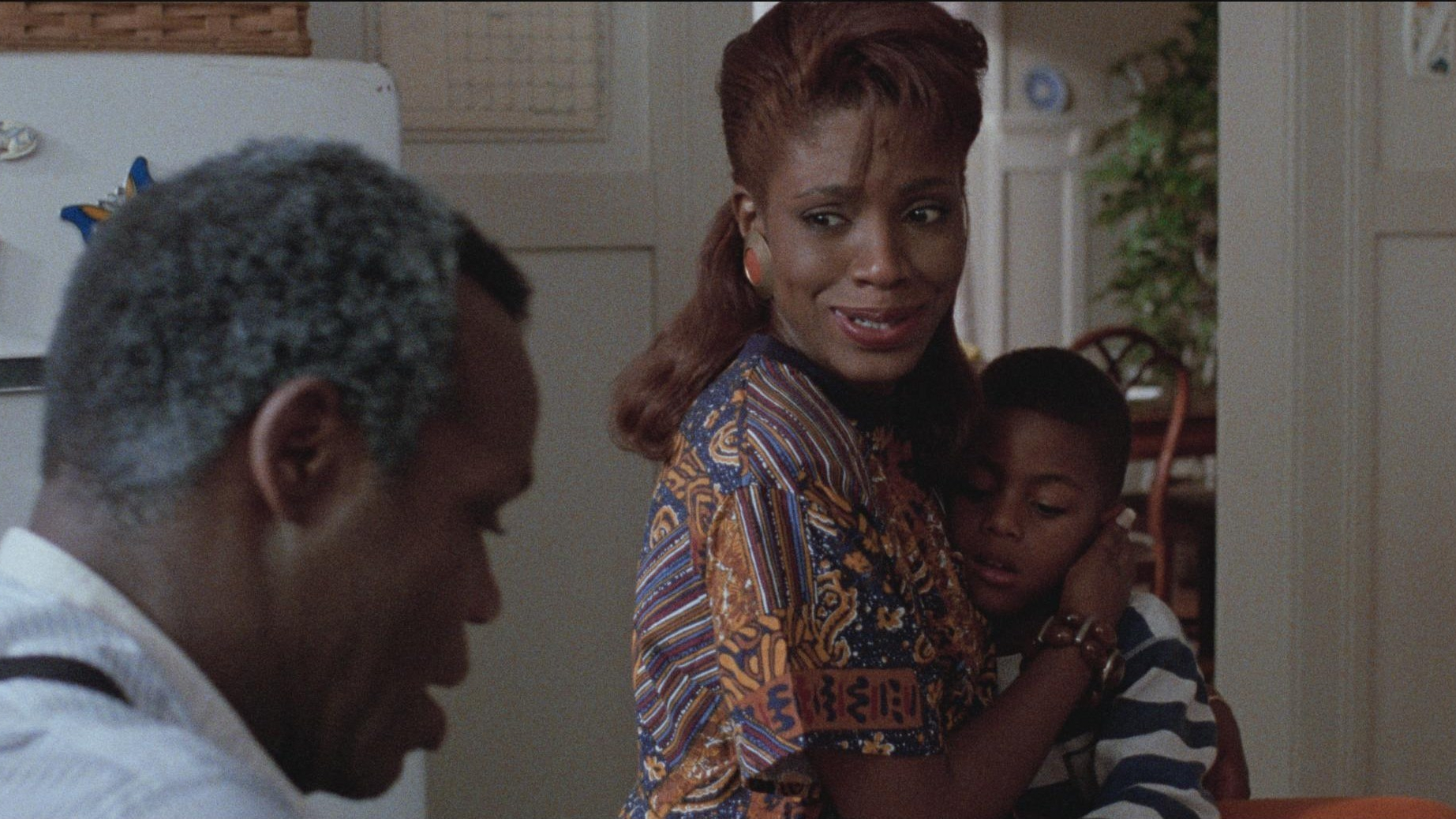 Wheels on Meals – 18 March (Masters of Cinema)
Following releases of the Police Story and Project A series, Eureka continues their run of classic Jackie Chan vehicles with Wheels on Meals. An action-comedy about two unlikely heroes in the form of David (Biao Yuen) and Thomas (Jackie Chan), Meals on Wheels sees the pair foil an international plan to cheat a beautiful heiress out of her fortune. Living in Barcelona, best buds David and Thomas run a food van together while spending their free time practising martial arts and occasionally meting out justice to minor street toughs. The plot, as one might suspect, is ludicrous, yet as David and Thomas find themselves improbably embroiled in heiress Sylvia’s (Lola Forner) plight – aided by private detective Moby (Sammo Hung – also on directing duty) – the mixture of slapstick comedy, astonishing martial arts choreography and authentic chemistry grows infectious over the film’s two-hour run time. The film’s strange combination of fairytale story and martial arts action and blossom in the film’s final scene – a kinetic, extended sequence set in a castle – a perfect blend of the Wheels on Meals‘ comic, action, and fantastic sensibilities.

Irma la Douce – 18 March (Masters of Cinema)
The morally proscriptive Motion Picture Production Code – popularly known as the Hays Code – technically ran until 1968 but watching Billy Wilder’s 1963 comedy Irma La Douce, you wouldn’t know it. At once refreshingly feminist and weirdly retrograde in its frank, pragmatic depiction of sex workers, Irma La Douce is wildly entertaining, hilarious, boundary-pushing and for a modern audience, frequently problematic. Jack Lemmon plays rookie cop Nester, recently promoted to the red light district of Paris, while Shirley MacLaine is the proverbial hooker with a heart of gold, Irma. Painfully naïve, Nester initially has no idea that Irma is a prostitute, and after years of his predecessor taking money to keep the neighbourhood’s operation smoothly, he’s sacked on a bum rap for bribery. So begins a lesson for Nester in the moral grey areas of life, while the gamine-like Irma falls for him, all the while continuing to enjoy her day job.

Shot like a classic musical, the film’s bright colours and obvious studio soundstages serve a dual purpose – the production design is not just entertaining, but also comforting, softening the impact of the story’s morally unsavoury qualities. Studio pictures have always revelled in society’s seamier edges – but Wilder brings a moral equivalence to Irma la Douce that not only never judges its heroine’s life choices, but actively sides with them.