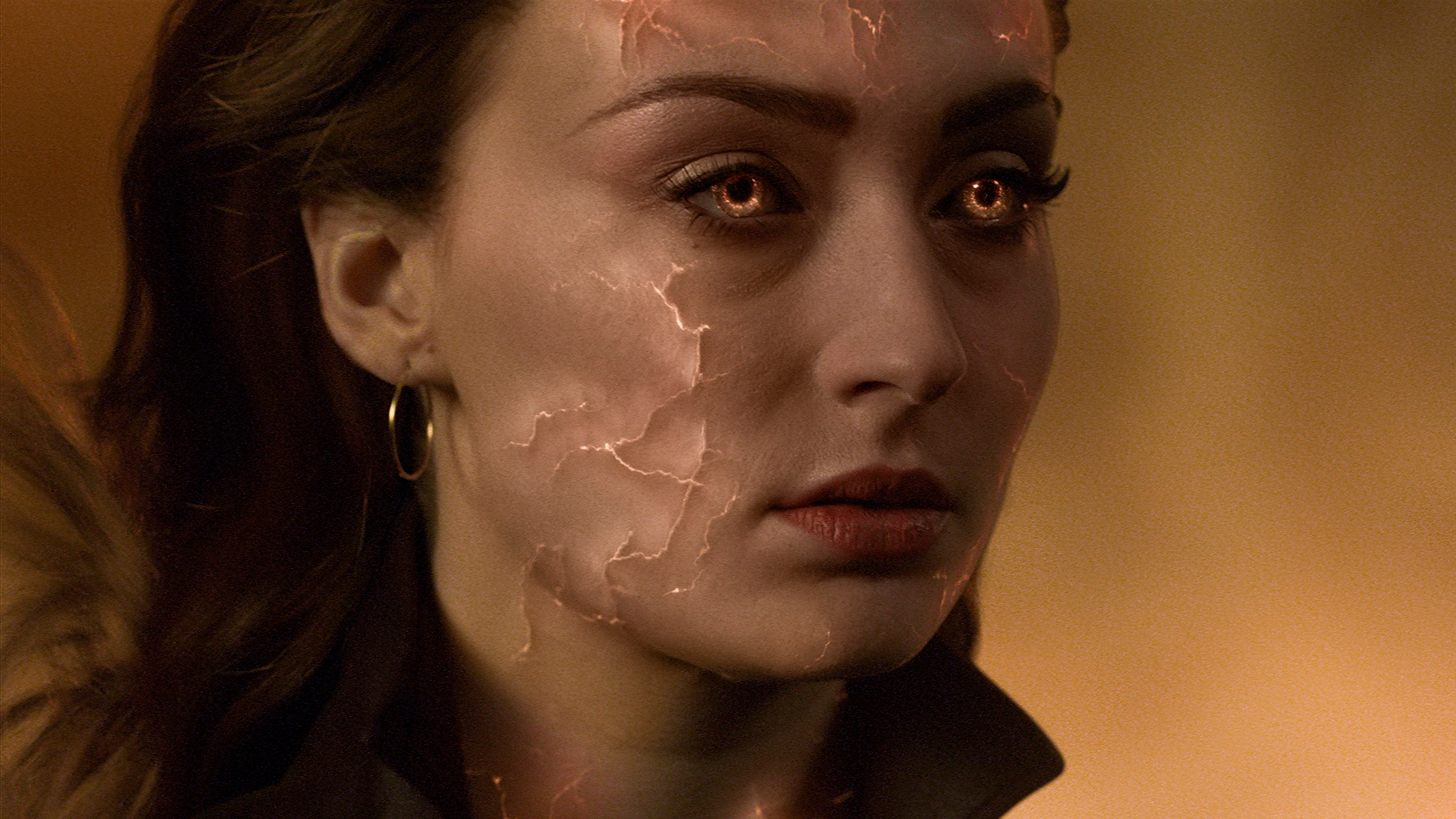 On a mission to save a squad of stranded astronauts, mutant Jean Grey (Sophie Turner) is hit with a strange cosmic force that ramps up her powers, threatening to destabilise the shaky pact that Professor X (James McAvoy) has established between humans and mutants. Meanwhile, tensions are rising between older mutants Beast (Nicholas Hoult) and Raven (Jennifer Lawrence) and the younger members of the team.

While other superhero shenanigans are often accused of looking bland and interchangeable, the X-Men films have always felt aesthetically and tonally distinct from each other, forgoing continuity and consistency in favour of identity and variety. Dark Phoenix is no exception, privileging the intimate over the grand. Cinematographer Mauro Fiore evokes the human scale with close-ups that dominate the frame, while the muted, earthy colour scheme posits the relatively small-scale action set pieces in spectacular yet grounded reality. Meanwhile Hans Zimmer’s score – while far from his best – conjures an eerie melancholy reminiscent of Michael Kamen’s slippery, strange score from the original X-Men.

Sadly, the writing is not up to this standard, with dialogue often so risible the embarrassment is clearly visible in the veteran cast’s performances as they spout one declarative speech after another. This is especially true of Lawrence, who sleepwalks through an unrewarding role that compounds the film’s confused and simplistic gender politics. Nevertheless, the ever-present tension between her and Charles Xavier finally comes to a head here, going some way to exposing McAvoy’s version of Professor X as the arrogant, self-satisfied prig that he is.

The newer members of the crew – Storm (Alexandra Shipp), Kurt (Kodi Smit-McPhee), Cyclops (Tye Sheridan) – create a real sense of a team working together despite limited screen time, while Turner brings enough presence to her role as the newly-Phoenixed Jean that we can just about forgive her slapdash characterisation. The critical reception to Dark Phoenix has, to put it bluntly, been savage. But looking past the meta-narrative of production troubles and franchise fatigue reveals a film that, while deeply flawed, conjures a rare and welcome sense of melancholy.

The strange, almost Gothic, listlessness underpinning Dark Phoenix might not feel fun, but it is undeserving of dismissal and is far more appealing than the plasticky tack of X-Men: Apocalypse. For new director Simon Kinberg this was his last chance to exorcise the demons of his original stab at the Phoenix Saga in The Last Stand (which he wrote). While not entirely successful, the film’s sense of finality gives the main players space to grow, unhampered by the usual carousel of upcoming sequels and spin-offs.

Logan– the best of the X-Men films – taught us that not all parties have to end with a fireworks display; there’s nothing wrong with knowing when it’s time to go and slipping out unnoticed. And so, amongst the baroque and the bluster of its bigger, shoutier brothers in the MCU, Dark Phoenix gives the X-Men permission to slip away and quietly fade out.