Locarno 2019: The Girl with a Bracelet review 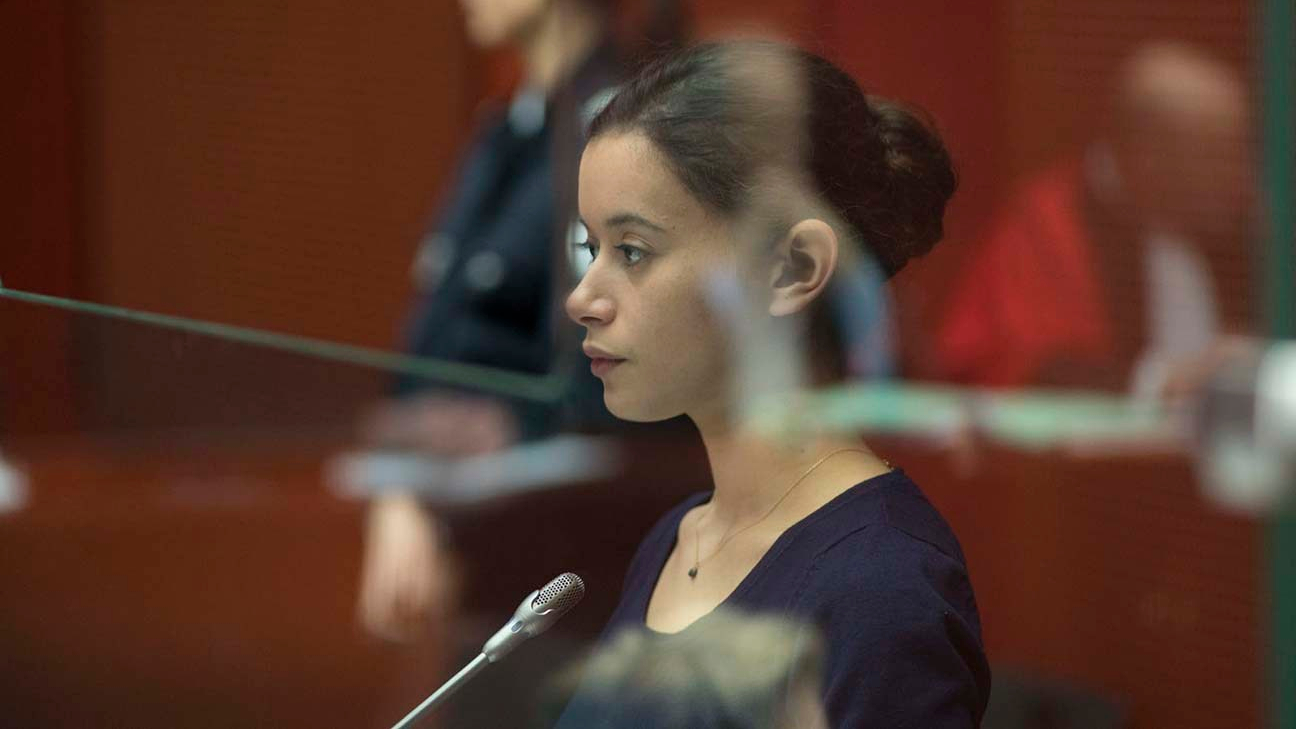 A young girl is accused of a terrible crime and her family must come to terms with how much they really know about her in Stéphane Demoustier’s sober courtroom drama The Girl with a Bracelet, which premiered at Locarno.

A family day at the beach can end in any number of unpleasant ways, but having a teenaged daughter arrested for her best friend’s murder has to rank pretty highly. And yet Demoustier films the scene with as aloof a calm as the enigmatic silence with which Lise (Mélissa Guers) submits to her ordeal. The police come and take her away as we watch at a distance as if cinematographer Sylvain Verdet was respecting a restraining order and keeping the prescribed distance.

Like many young women of her age, Lise is a mystery to her family. She argues and teases her young brother; she has boyfriends visiting clandestinely and she perturbs her father (Roschdy Zem) who supports her with a weary stoicism. Her mother (Chiara Mastroianni) on the other hand is largely absent, continuing to work throughout most of her trial which takes place a year following the crime with her under house arrest monitored by the titular ankle bracelet.

The workings of the French legal system proceed with relative calm. In a canny casting move, Lise is defended by a motherly – even fairy god-motherly – lawyer played by Annie Mercier whereas the prosecutor attacking Lise is played by the younger Anaïs Demoustier. As the trial goes on Lise is revealed to have more than one secret to hide. The film quickly posits that she is being accused as much for her secret life, her sexuality as for the crime she is alleged to have committed.

It’s here that The Girl with a Bracelet channels that other French classic of judicial examination, Albert Camus’ L’Etranger, where the narrator finds himself condemned not so much for the crime he committed – the book is unambiguous on this point – but rather because he didn’t cry at his mother’s funeral. Here Lise’s life choices fall outside how society wishes to view young women, a point made by her defence council.

In a sense, this is the weakness of the film. Camus was denouncing hypocrisy even as it led to justice, but Demoustier’s story shows a French legal system in good working order even if the outcome remains ambiguous. What elevates the film is the superb acting from the ensemble, the restraint of the direction – Verdet’s compositions of the courtroom are particularly impressive – always keeping melodrama at more than arm’s length as well as Carla Pallone’s atmospheric score.