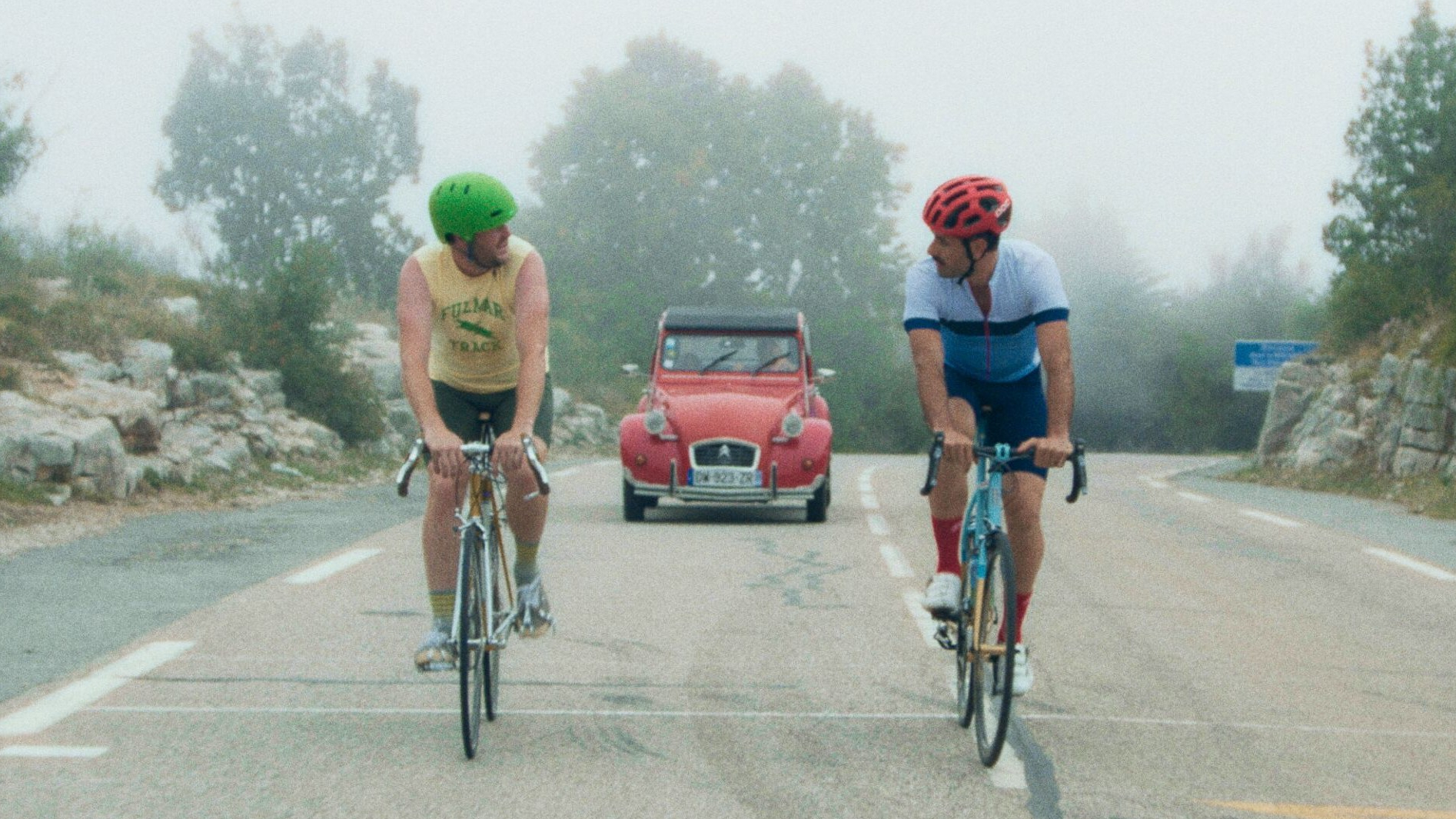 A revelation on a bike ride in France leads to a rift between two childhood friends, but through thick and thin, uphill and downhill, friendship proves surprisingly and hearteningly durable in Michael Angelo Covino’s The Climb.

Kyle (Kyle Marvin) and Mike (Michael Covino) are BFFs on holiday in France in the run-up to Kyle’s wedding to a French girl. Mike is actually going to be Kyle’s best man, but that’s all thrown into chaos when Mike confesses to having slept with Kyle’s wife-to-be. Shot in one long take, the exchange is hilarious and painful, life-changing and banal as Kyle tries to catch up with Mike who is cannily the better cyclist: “That’s why I waited for the hill to tell you”.

You’d think their friendship would be over. But life has a way of throwing in some hairpin bends along the way and though the relationship is always fraught with difficulties and mistrust, the two find themselves banding together as the years go by. Despite more betrayals and misguided attempts to interfere with each other’s lives, there is a resilience to their friendship that persists, fuelled by occasional drinking sessions and the fact that the two have grown up together and seem unable to ever fully separate.

The script is written by both Marvin and Covino – based on a short from 2018 of the same name – and with the characters sharing their names, it feels as if this is a work celebrating their own friendship. The dialogue comes through naturally: Kyle is the eternal good guy, put upon by a large family of sisters – hints of Paul Thomas Anderson’s glorious Punch Drunk Love here – and vulnerable to the manipulation of his fiancee Marissa (Gayle Rankin). A Thanksgiving dinner and a Christmas party are played out in Kyle’s family home to disastrous results, but The Climb is at its strongest with these brilliantly executed scenes of family chaos with the familiar faces of Todd Barry and George Wendt (Norm from Cheers) lending a hand.

The film is divided into chapters which gives it a sketch-like feel, and these are occasionally marked by musical interludes in which the quirk (alas) is strong. But with this his first feature, Covino proves himself a visually inventive director, with a real penchant for artfully orchestrated long shots in which the chaos of family life might be glimpsed through windows and followed through the rooms in the house before calamity finally – usually instigated by a very drunken Mike – once more crashes in. A funeral and a wedding both descend into inspired slapstick and yet both Mike and Kyle have real pain and rage to deal with, even as they fumble to do so.

Of course, the frenemy in the bromance is the wife-to-be Marissa. Though her character is given room to breathe and Rankin fights for her corner, it’s the two man-boys who get the lion’s share of sympathy and screen time. A lot is left in the ellipses between chapters, but ultimately, Mike and Kyle just want to be together with no (“yuck”) girls. Covino’s brilliant comedy is original and smartly entertaining: a celebration of male friendship in all its ups and downs.