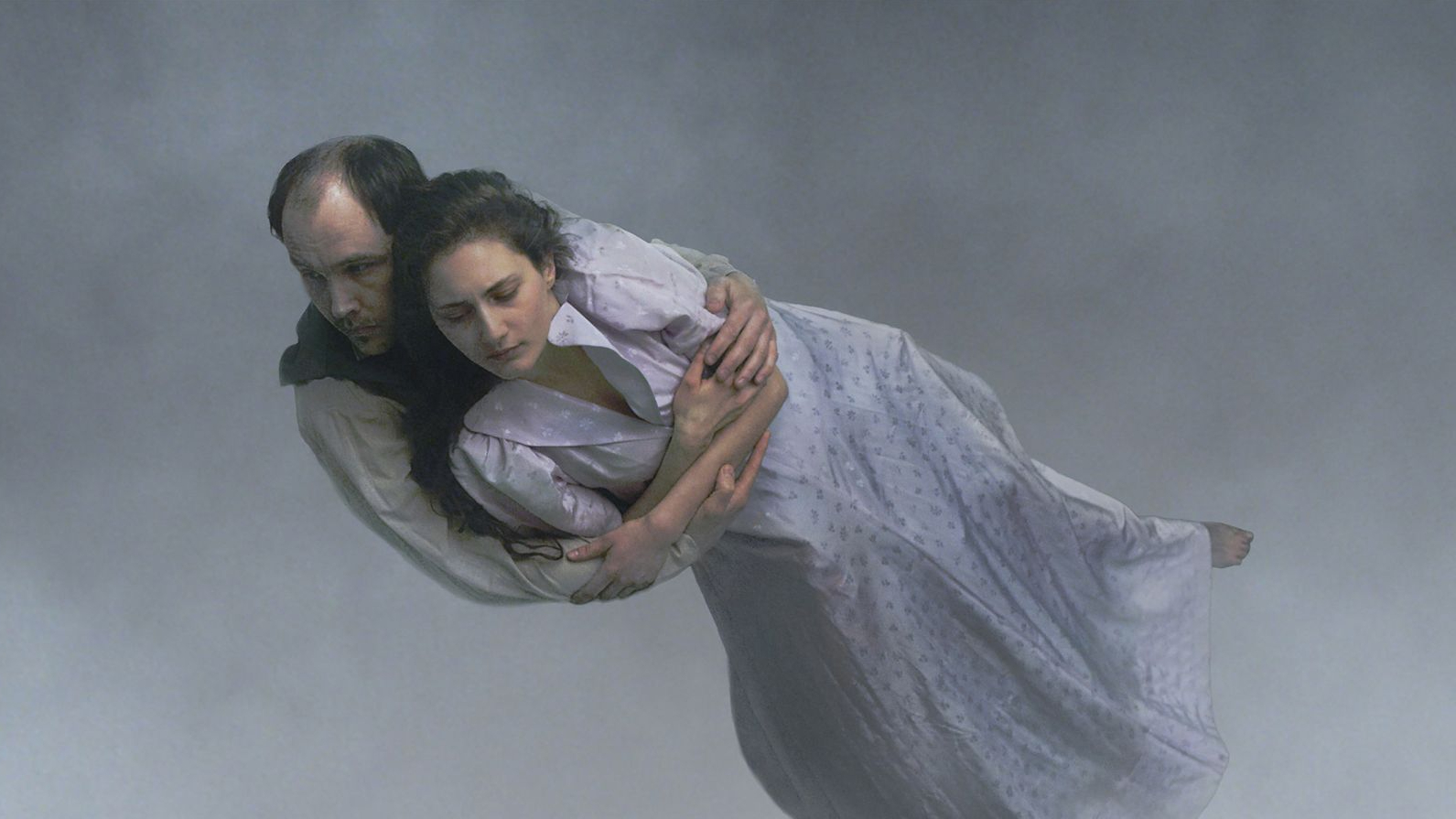 Only Roy Andersson would call a 78-minute film About Endlessness. It is of a piece with his droll Swedish wit, a universe drawn with fastidious precision and painted in a palette of greys, drab greens, beiges and browns.

Made up of a series of related but not necessarily connected vignettes, each filmed with a static camera, they resemble New Yorker cartoons scripted by Samuel Beckett. In a very real sense, About Endlessness isn’t so much a film as another chapter in one larger ongoing piece that makes up the body of Andersson’s work.

His previous outing, A Pigeon Sat on a Branch Reflecting on Existence, won the Golden Lion in 2014 which itself closed the trilogy of works begun with Songs From the Second Floor and You, the Living. About Endlessness feels like another compendium of the absurd, the melancholy and the bizarre.

There is no story as such. Two lovers are seen against a starry field. A man worries about greeting an old school friend who snubs him for something he did in the past (we don’t learn what). A girl in a party dress has her shoelaces tied by her father as it pours with rain. Some of the stories are extended beyond one sketch. A priest who has lost his faith dreams of crucifixion but has lost his faith in God. He goes to a psychiatrist who can’t help and anyway needs to catch the bus.

A waiter in a hotel serves an inattentive businessman a glass of wine but ends up pouring half of it over the tablecloth. A dentist is in a bad mood and has no time for a man who is afraid of needles. A young woman narrates with a series of bland observations – “I saw a man,” – that put together could perhaps be a poem. And then again, perhaps not.

Occasionally, there is a grander scale. There is a view of a city in ruins: is this the future or the past? Securely in the past, Hitler gets a walkon part at the moment of his final defeat and his army will march through the snow towards the prison camps where many of them will die. Each moment is a perfectly composed visual poem with humour, depth and obvious artificiality. Passers-by and extra move like mindless automatons and occasionally a flock of geese creek overhead, through the overcast sky.

In a world of fantastic cinematic universes of superheroes and Jedi knights, it’s bracing to enter the nordic chill of Andersson’s vision. Violence and grotesquerie abound, but there’s also tenderness. “Things are fantastic, don’t you think,” a man exclaims to an uncomprehending bar of drinkers as the snow falls outside in huge flakes. As far as About Endlessness is concerned, yes they are.

About Endlessness is available on Curzon Home Cinema from 6 November. curzonhomecinema.com