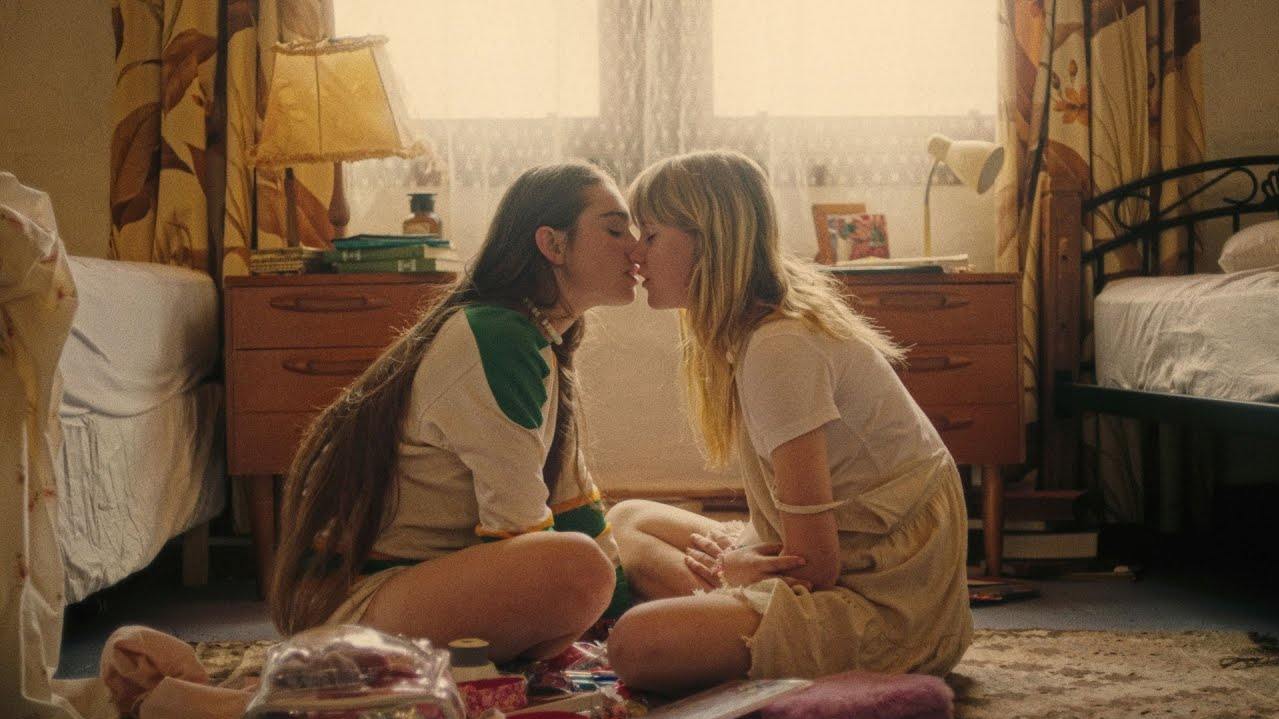 Continuing a trend, the festival divided its programme into three umbrella themes: hearts, minds, and bodies. These categories make for provocation and curiosity but inevitably bypass the remarkable resonances of theme, style and mood that weave a web across the programme. Take Cássio Pereira dos Santos’s Valentina, for instance, a film about negotiating the school system in a new town; filed under “bodies”, it is more a film about friendship, recognition and unexpected solidarity.

A shift in tone takes us to Marley Morrison’s first feature Sweetheart, which explores the hopes and traumas of adolescence away from the strictures of the classroom. The brilliant irritability of protagonist AJ (Nell Barlow) meets the perfect comic stage of a resort holiday, where sexuality takes a backseat to style and haircare in a family where Jodie “she’s a lesbian but you’d never be able to tell just by looking at her” Foster is the acceptable face of lesbianism. In My First Summer – by yet another debut director, Katie Found – Markella Kavenagh plays Claudia, a teenage girl struggling in the wake of her mother’s death to reconcile with life. My First Summer is about curiosity, tenderness and youth; about how care can open up the space to imagine pleasure; about the anticipation of a first kiss, the silliness of sex and the quiet joys of tactility.

Sure to elicit comparisons with Debra Granik’s Leave No Trace, Anna Kerrigan’s Cowboys is a buddy movie set against the void between two worlds: the expanse of a vast silent landscape and the unbearable smallness of small-town noise. Sasha Knight is hugely impressive as Joe, a young trans boy “kidnapped” by his father Troy (Steve Zahn), both of them on a road to recognition. In flashback we see why they both came to be alienated by familial life. But the film manages to sustain not only the heartening mischievousness of Joe’s relationship with his father but also have compassion for his mother’s slow acceptance. By contrast, Max Currie’s superb web series turned feature film Rūrangi projects forward in time to imagine a young man’s reconciliation with his father and his childhood community. The moving central performance from Elz Carrad makes the space to negotiate these fraught politics of recognition.

Peeter Rebane’s Firebird, set against the homophobic jurisdiction of the Russian military during the Cold War, unfolds like an episode of The Crown. But its classic queer set-up – the love triangle – yields a narrative of looking, accentuated by a set of aesthetic motifs: cigarette smoke against a uniform, sunlight streaming through a window, the orange glow of a darkroom generating visual cues of remembered intimacy. A world and time away is The Obituary of Tunde Johnson, in which another character watches painfully from the sidelines. Ali LeRoy’s film is a disturbing twist on the time loop, forcing us to relive the murder of a young black man by white police officers. Evoking the unbearable constancy of racist violence, the film’s jumping temporality also metaphorises the experience of coming out – the conversations which have to conducted again and again and again. One of many (perhaps too many) poignant set pieces sees Tunde (Steven Silver) standing in front the famous closing freeze-frame of François Truffaut’s The 400 Blows. Written by 19-year-old film student Stanley Kalu, this is a narrative of possibility and despair, of what could have been and what will never be.

Also citing film history is Oskar Roehler’s Enfant Terrible, whose overt stylisation brings Fassbinder to the screen in aesthetic flair as well as in character. But what we might call this ”anti-biopic” rests on a figure almost impossible to want to spend time with. Conversely, Zaida Bergroth’s Tove is the muted, stripped-back story of Moomins creator Tove Jansson. Actress Alma Pöysti captures Tove Jansson’s idiosyncratic playfulness, but the film itself is a little too serious.

The real standout in the documentary field was Aisling Chin-Yee and Chase Joynt’s extraordinary film No Ordinary Man, which tells the story of trans jazz musician Billy Tipton. Rather than relying on dramatizations, the film’s conceit is to have a group of actors preparing to audition for the role of Tipton and discussing the motivations for their scenes with the filmmakers (with a particularly moving and thoughtful performance from Marquise Vilsón).  The film captures the poignancy, the pleasure and sometimes the sadness of identification. Juxtaposed with interviews and reflections on the archive, these meditations on transmasculinity become as much a part of the story as Tipton himself.

Michael Seligman and Jennifer Tiexiera’s P.S. Burn This Letter Please is likewise as much about contemporary engagements with archival materials as about historical subjects themselves. It is one of a number of the festival’s documentaries investing in the histories of queer and trans elders: take Connie Norman, the HIV-positive trans woman often forgotten in histories of ACT UP but remembered here in AIDS Diva, or Gloria Allen, described by Janet Mock as a “living legend”. Luchina Fisher’s Mama Gloria is preoccupied not only with Allen’s legendary status but with how her warmth and wit is reflected in the people around her.

Then there’s Shana Myara’s Well Rounded, in which we’re compelled by an irresistible line-up of queer women to see that, like queer existence, “body positivity is a riot”. Finally, the riot of a film we’ve all been waiting for since its preview at Flare in 2016: Rebel Dykes, directed by Harri Shanahan and Sîan Williams and produced by Siobhan Fahey. This long-awaited labour of love celebrates the punk, kink, resistance, sex and fun of the trans-inclusive, riotous rebels of the London dyke scene in the 1980s. It is a film we need in the movement right now – brimming with politics, yes, but also with pleasure. Get ready to sit up and notice.