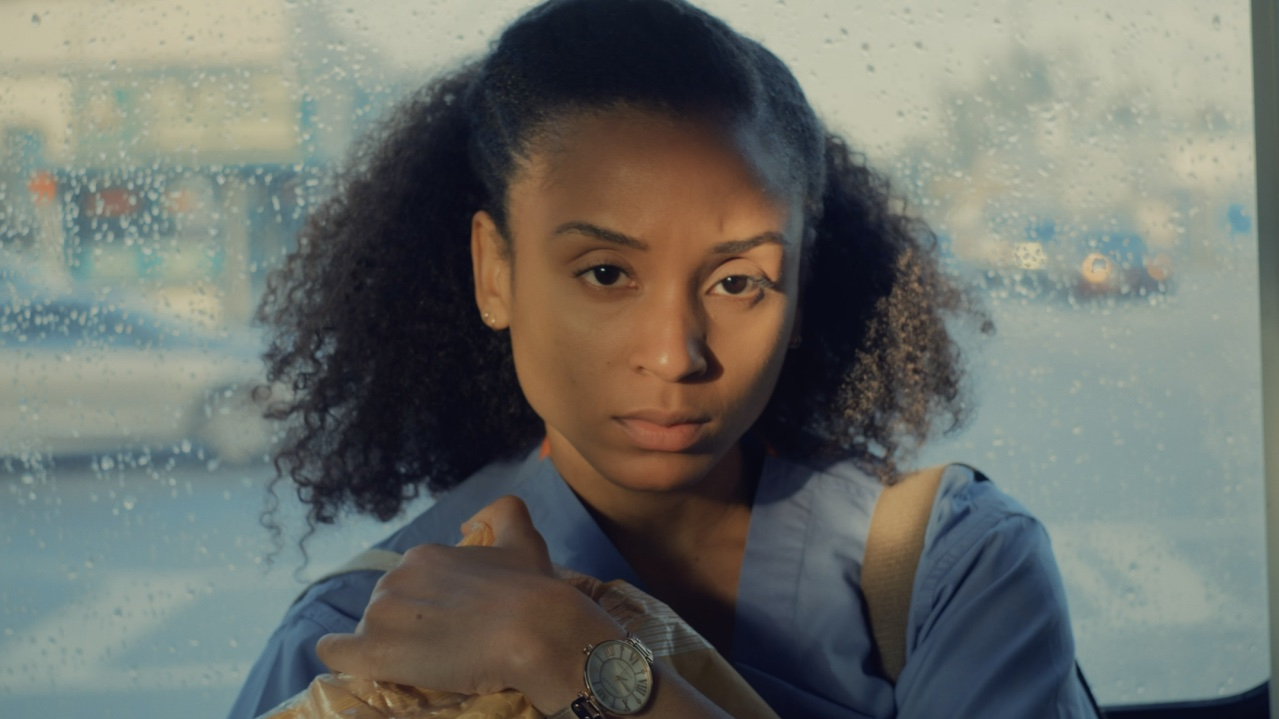 Bound by a self-imposed obligation to send money to family back home in Haiti, caregiver Ludi works all the hours God sends in Floridian filmmaker Edson Jean’s debut. Modest but clear-sighted in its focus and ambitions, this first feature from the actor-turned-director has a rich visual style and lyrical sensibility. Centred on Haitian-American actor Shein Mompremier’s natural, engaging screen presence in the titular role, Ludi’s narrative simplicity works to the film’s overall credit.

Even with its slender 80-minute runtime, there’s ample time for Jean to muse on thorny, existential notions: an identity split by nationality, religion and the practicality of day-to-day necessity; a life divided between two countries and a debt owed to relatives that forsakes one’s own well-being; the instability of an existence and sense of self that weighs past and present to see what the future may bring. But there’s a subtlety and ease to the exploration of these themes that means Ludi, though sincere in its objectives, never overreaches into melodrama. Yet it’s all too clear from the off that America is not the land of milk, honey and boundless opportunity that Ludi had perhaps expected.

Her altruism, endeavour and patience are sorely tested by the grinding day to day reality of The Dream. There’s something of Ramin Bahrani’s 99 Homes or Sean Baker’s The Florida Project in the precarious, hand-to-mouth struggle which Ludi must affront as a new immigrant, working under strict agency guidelines. Honest to a fault, and deeply principled, will she bend the rules to her advantage? Taking all the shifts she can in a Miami old people’s home, Jean’s film opens as Ludi prepares for another day of sponge baths, doling out medication and rebuffing the less than subtle advances of fellow carer, Evans (Success St. Fleur. Jr.).

Listening to a cassette tape message from relatives, and then recording her own response on an old-fashioned deck, she has to pause, rewind and reset her affirmation of being able to send enough money back for her cousin to buy a much-wanted dress. This doesn’t seem like an unreasonable aim, but Jean’s film will show that even such a meagre objective may be difficult to attain for someone in her position. The one member of her family that was able to come to the States, both missing family she is unable to visit – due to strict and limited vacation – and indebted to them for the opportunity she was afforded, making ends meet is tough enough, but Ludi seems to struggle with setting a course for her own, individual future.

Dare she be so selfish as to think of herself for once? In meditative moments where she recalls dreams and commits thoughts to tape, the aspect cuts to a squared ratio. Ludi’s focus – and the film’s – narrowed to longing for home, lamenting the restrictions of her new life. The ambient sound of cicadas, a score which blends Caribbean drums with Spanish rhythm and shots of palm trees and pastel-coloured skies, captured by cinematographer Juan Camilo Barriga, cleverly, subtly blur the lines – aural and visual – between Haiti and Miami, there and here, then and now. However, some sense of purpose may come from the second half of Ludi.

Spent in the company of cantankerous, often downright rude old fella, George (Alan Myles Heyman), it is sometimes from the greatest challenges that we reap the most reward. If not quite coming full circle by the film’s conclusion, Ludi can perhaps at last look forward, not back.