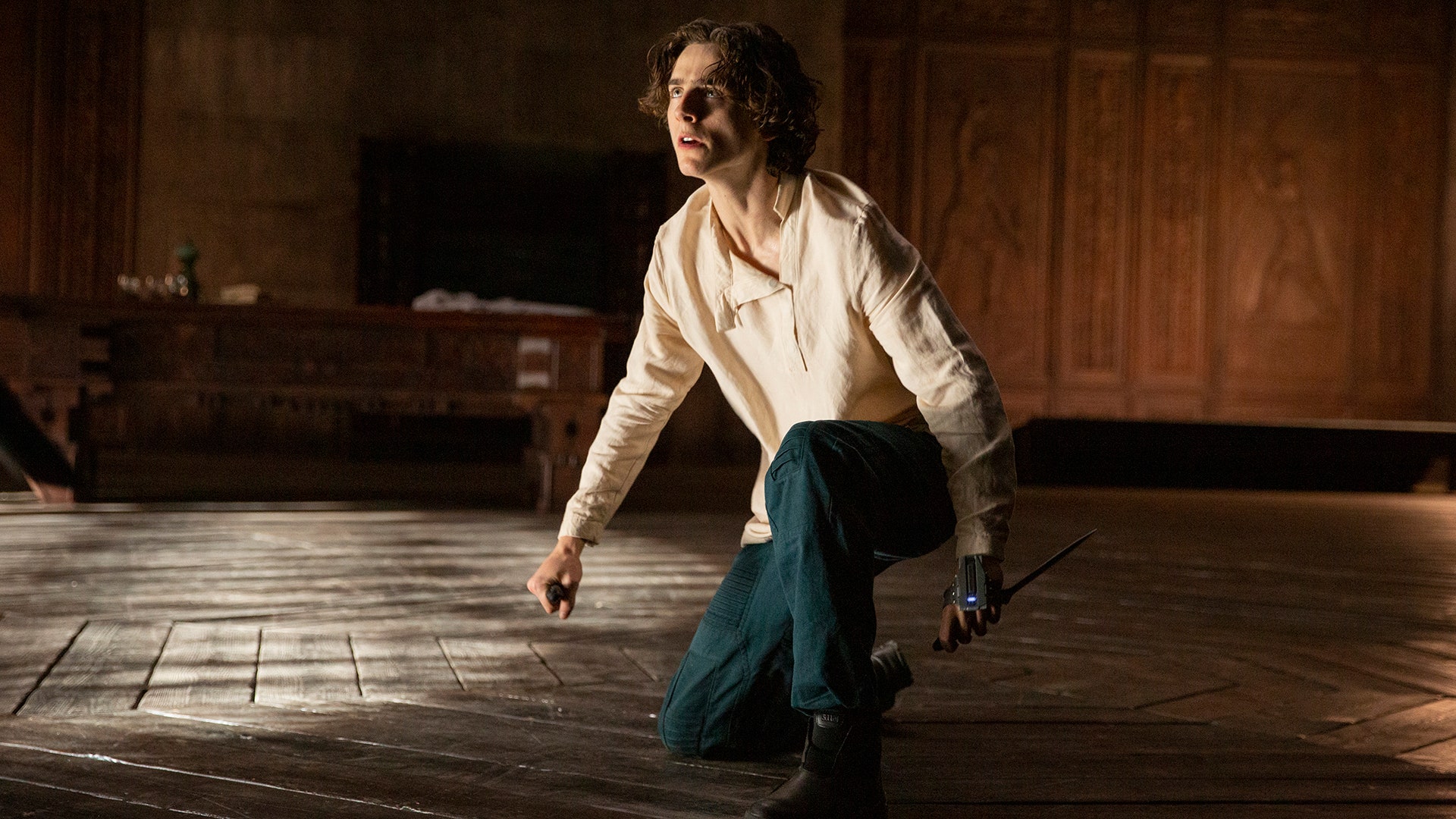 Following up the near-universal acclaim of his Blade Runner sequel, director Denis Villeneuve returns to the big screen with his adaptation of Frank Herbert’s science fiction epic. Grander in scope than any of Villeneuve’s work yet, Dune is proper, ambitious blockbuster filmmaking for grown-ups.

Among the four-quadrant, brightly-lit Black Widows, dragons and kaiju that dominate this year’s biggest screens, it’s easy to forget that blockbusters can be for adults, too. Last year, Tenet was going to save event cinema, and Bond’s Walter PPK is still smoking after Craig’s final shot as 007. But it’s Dune, in its assured bombast, belief in the patience of its audience (at two and a half hours, this Part One covers around half of Herbert’s first novel), and truly epic scale that is the first major Hollywood tentpole to offer some reassurance that big ‘E’ Event cinema is not going anywhere.

That is to say, there is no way to experience the sturm und drang of Villeneuve’s space opera other than in the cinema, not least because of Hans Zimmer’s ludicrously big score. Zimmer’s compositions are always muscular, but here he squeezes every drop of thunder from the barren landscapes of the planet Arrakis, whose stewardship is fought over by the warring Houses Atreides and Harkonnen. Equally big are the performances from a dream cast: Timothée Chalamet is perfectly cast as the callow Paul Atreides, heir to House Atreides, currently led by Duke Leto, played by a fulsomely hirsute Oscar Isaac. Rebecca Ferguson fills out Jessica Atreides’ ferocity and depth of power, while Josh Brolin and Jason Momoa bring muscle, charisma, and some much-needed levity as Gurney Halleck and Duncan Idaho. Elsewhere, Stellan Skarsgård is as slimy and revolting as Herbert ever imagined the corpulent Baron Harkonnen, while Dave Bautista waits in the wings for his shot in Part Two.

It’s hard to imagine a more faithful adaptation of a science fiction novel, both in its streamlined narrative fidelity and the realisation of its world, from the architecture, costumes and iconic, sublimely monumental sandworms. Without question, this is a far more accurate representation of Herbert’s vision than has ever before been realised, hitting pretty much every major story beat from the text. But in pursuit of absolute fidelity to the page, something of a unique vision is lost. This is almost a literal translation of the text – Villeneuve’s Dune looks and feels as it does, essentially, because that is how Herbert’s Dune does. It’s gratifying, awe-inspiring and often stunning – for my part it is always how I imagined Herbert’s novel – but there is little of the visceral madness of David Lynch’s maimed version, or of the imaginative promise of Jodoroswky‘s legendary lost interpretation. Herbert purists may balk, but being served up a one-to-one version of Dune, perhaps we miss the potential of its vision.

If there is one flaw to Villeneuve’s rendering of this pulp-Shakespearean tale of power, aristocracy and galactic colonialism, it is one shared by much of his recent filmography. Villeneuve nails the grand opera, but often misses the human scale. He is in thrall to the awesome, but it’s an awe that rarely transcends into the sublime. The psychology of his characters, too, is of the broadest variety (arguably a feature of the source material), who more often than not feel like chess pieces to be moved around on an epic board. Perhaps it’s unfair to expect nuance among the grandeur, but in aspiring to David Lean as much as to Shakespeare, Villeneuve misses some of the humanity of his inspirations.