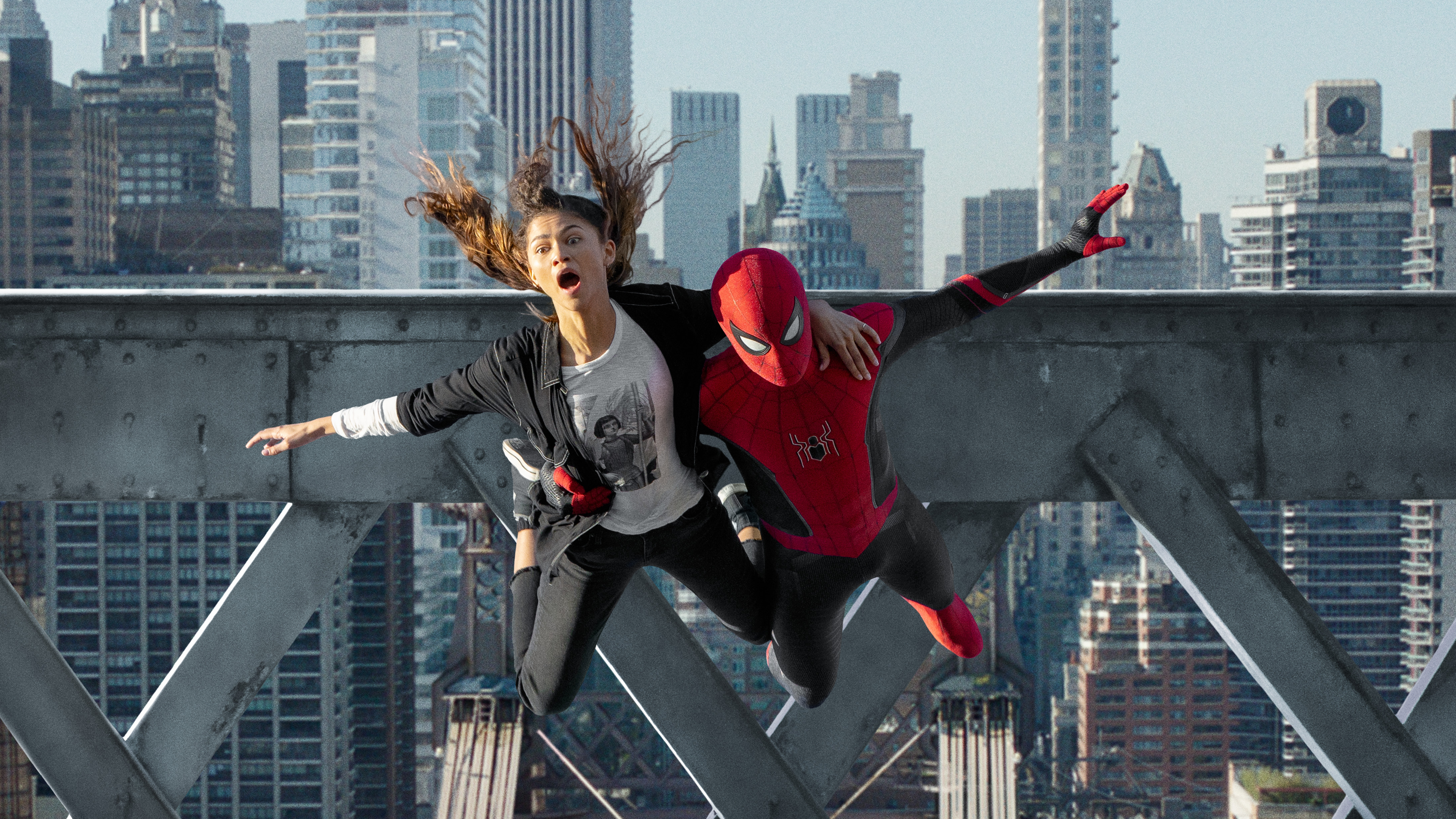 Through the magic of corporate brand synergy, executives have conjured a deal that sees characters from the Sam Raimi and Marc Webb Spider-Verses smooshed and smoothed into the official MCU. While not quite hitting the highs of the similarly-themed animated offering Into the Spider-Verse, Jon Watts’ Spider-Man: No Way Home is still a thoroughly entertaining, web-slinging adventure.

For fans, the idea of seeing these three universes come together really does feel like a gift from on high. Nevertheless, one must also ask if there will be a cost among all the branding and fan service to those old-fashioned concepts of storytelling and relatable, compelling characters. The answer, somewhat miraculously, is largely “no”. While this one is unlikely to win over those unconvinced by previous instalments Homecoming and Far From Home, No Way Home proves as fun and effervescent as its predecessors, with greater stakes that even aspire to the emotional payoffs of Raimi’s golden era.

Following his unmasking at the end of the previous film, Peter Parker (Tom Holland) seeks help from Doctor Strange (Benedict Cumberbatch) to wipe everyone’s memories and absolve him of the intense scrutiny he finds himself under. However, a quirk of the spell accidentally opens up the multiverse to bring through characters from the other Spider-Verses who know his identity, such as legacy supervillains Dr. Otto Octavius (Alfred Molina), Green Goblin (Willem Dafoe), Electro (Jamie Foxx), The Lizard (Rhys Ifans) and Sandman (Thomas Haden Church).

On paper, it’s a deeply cynical ploy, smashing together three film series for maximum fan service potential, and the backroom wheeling and dealing that must have been done to make this happen is, frankly, gross. Yet, in the moment, little of this corporate sliminess is visible on screen. Credit is due to screenwriters Chris McKenna and Erik Sommers for crafting a script that not only justifies itself, but that remains coherent and neatly establishes motivations for all its main players, even if it sidelines a few in its race to the finish. Meanwhile, Watts brings some nice visual momentum with plenty of crash zooms, push-ins and Abrams-esque whip pans, and a really nice match cut in the third act that replicates three comic panels in sequence. It’s hardly auteur-filmmaking, but by the standards of the MCU it’s welcome.

Holland’s Peter is as game as ever, while supporting cast MJ (Zendaya), Ned (Jacob Batalon), Aunt May (Marisa Tomei) and Happy Hogan (Jon Favreau) are operating at peak-Scooby gang. But it’s Molina and Dafoe who really shine here, stepping into their roles like 20 years have never passed, and sensibly given the lion’s share of villainous characterisation. Dafoe in particular is having the time of his life, clearly enjoying his ability to still inspire goosebumps with his shift into the Goblin’s voice.

No Way Home finds new ways for Peter’s friends to support him and to develop themselves with their own agency. The result is a supporting cast that, rather than overshadowing the lead, become his defining quality. Other characters, too, help us to see what Holland’s Peter is by showing us what he isn’t. It might have taken three films to get there, but this incarnation has finally found something new to say about what it is to be Spider-Man.

More so than bland visuals or forgettable scores, the lack of lasting consequences has consistently dogged Marvel’s long running cinematic universe. Conscious of the promise (threat?) of sequels, tie-ins and Disney+ spin-offs, we know that with few exceptions, heroes will triumph, broken friendships will be mended and even death undone. So among all the corporate cross-over synergising and fan-servicing, No Way Home’s greatest asset is its commitment to consequences. And in so doing, the film’s final frames present the role with a confidence hitherto unseen, leaving the door open for future instalments without the usual tactics of deferred payoff or catharsis.

In this, No Way Home feels like a full and complete film in a way that earlier MCU entries failed to. No Way Home takes a cynical corporate elevator pitch and uses it to examine what it means to be Spider-Man in a world where Holland’s Peter isn’t the only hero. This film could never hope to reach the singular vision of 2002’s Spider-Man, but in learning its fundamental lesson in a new way, No Way Home offers a definitive thesis statement on the character just as Raimi once did.