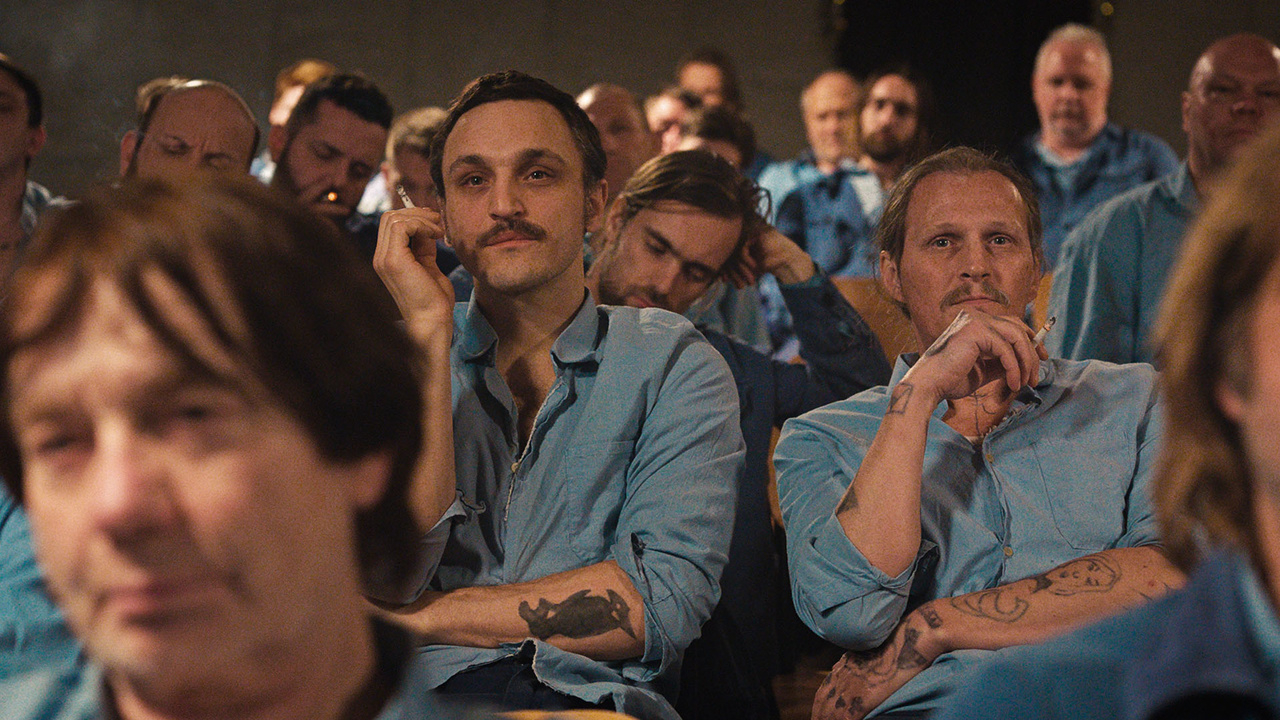 “There is no way out.” Lifer Viktor (Georg Friedrich) barks this at his decades-old friend and cellmate, Hans (Franz Rogowski), on the prospect of breaking out of their West German prison in 1969. In Austrian filmmaker Sebastian Miese’s second narrative feature (his first since 2011), neither Viktor nor Hans yet fully grasp the true meaning of that statement.

Opening in 1968, Great Freedom begins with Hans being surveilled by West German authorities as he frequents a gay cottaging site. Hans is sentenced to prison for homosexual acts under the notorious Paragraph 175. Dating from the 19th century, it was broadened under the Nazi era, not reformed until 1969 and not even fully abolished until 1994. We learn that this is not the first time that Hans has been prosecuted, as the film cuts back and forth between 1945 and 1957 across three stints in the same prison during which he and Victor’s friendship develops.

Great Freedom’s non-linear narrative is a worthy device for character development, allowing us to piece together a friendship that begins in suspicion and homophobia but develops over decades into something approaching love. But more than that, it is an expression of the shadows that the past casts over the present, the way that time and place weave themselves together, and their inevitable inescapability as well as how to resist them.

In 1945, the prison is being run by American soldiers. Hans has been liberated from the concentration camp only to be sent to a West German prison to finish out his original sentence; an unforgivable act and a reminder that monsters’ legacies linger long after they have been vanquished. Even Victor, who at this time is disgusted by Hans, can’t believe that the authorities would do such a thing. Asking him if the camps were truly as hellish as he has heard, Viktor’s shared humanity with Hans compels him to offer to ink over Hans’ camp tattoo.

In 1957, Hans has a fling with another prisoner that ends in tragedy and it is this sequence where Hans and Viktor’s friendship finally comes into its own. Though outwardly insecure, Viktor’s own sexual curiosity and frustration invariably gets the better of him, while his fundamental sense of decency compels him, just as it did before, to comfort his friend in terrible grief. By 1968, Viktor’s rage and hatred have dissipated, leaving a calm man whose tenderness and affection is fully visible under a hardened shell. Meanwhile, much of Hans’ puckishness has left him; he too has hardened but has also learned to be more responsible for others, symbolically sacrificing himself for the freedom of another.

Great Freedom’s title can be read both directly and ironically: Hans and Viktor’s imprisonment extends far beyond the terms of their sentence; release from their cells cannot return what was taken. But through their love for each other they, perhaps, have built a more profound freedom within.