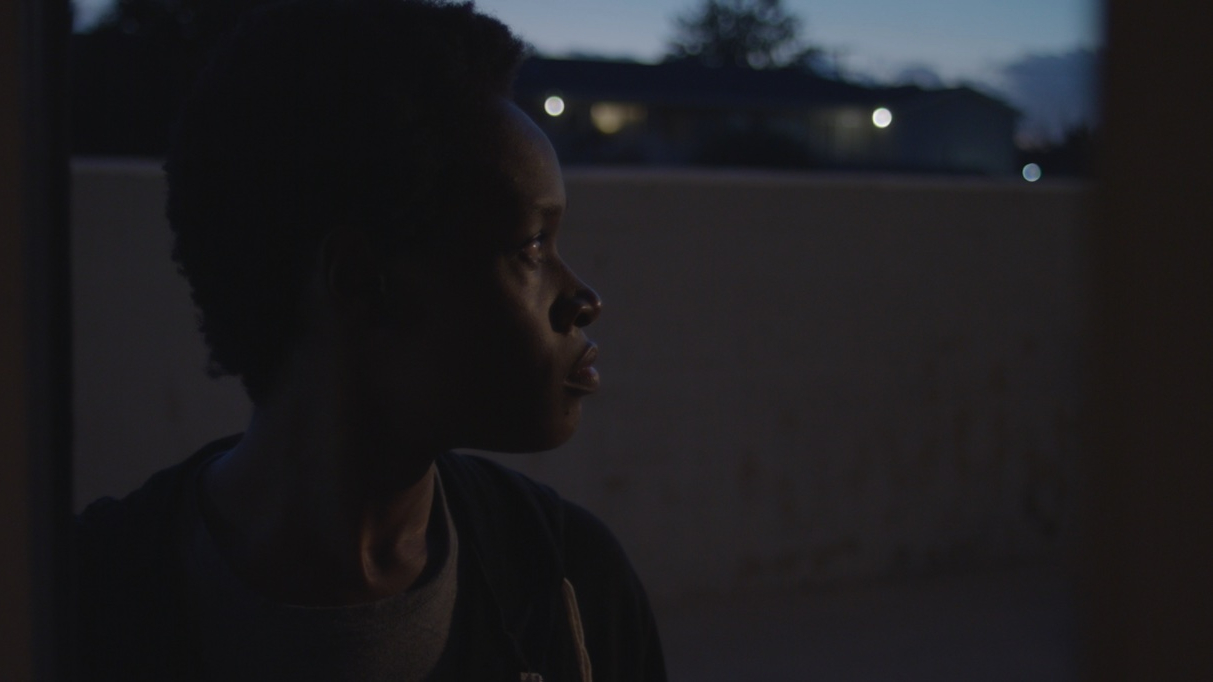 In her debut feature, Canadian filmmaker Elizabeth Ayiku has a crafted a thoughtful and tender drama. Marshalling an excellent performance from A’Keyah Dasia Williams as protagonist Mya, Me Little Me is moving, if a little disjointed in its construction.

Working as a sales assistant at a car rental, Mya has just been promoted to manager by her exacting boss, Davis (Clarke Moore). Despite her enthusiasm, Mya’s unassuming and quiet manner suggests that something else is going on in her life. And indeed it is: in addition to fending off unwanted advances from her colleague, Mya is going through therapy for an eating disorder, living in a group home that enforces a strict eating regimen. Additionally, a birthday party reveals a fraught relationship with her mother and a legacy of abuse that contributed to Mya’s current problems.

Out of this comes the image of a person fractured into three segments kept separate in order to survive. But when the walls that separate Mya’s life begin to break down, she is forced to confront and rebuild her broken sense of self. This culminates in a break down in Davis’ office, an obnoxious, micro-managing boor who undermined her in front of a client and now unthinkingly rinses her out at her most vulnerable. As she struggles even to talk between sobs, Mya’s humiliation at her own vulnerability is heart breaking; that it took this long for her boss to even notice something is wrong speaks to the ways that people in crisis are often invisible.

Shot in a documentary style, Me Little Me strives for, and mostly hits, a sense of immediacy and authenticity. Regular cutaways to Mya and her housemates recalling their problems with food is the most flatly explicit gesture to documentary-style reality, but really it’s Williams that grounds the piece with her unvarnished and entirely believable portrayal of Mya. The film’s three strands: Mya’s work life, her eating disorder and her relationship with her mother can often feel somewhat disjointed, rarely speaking to each other organically. But as Williams’ Mya moves through these themes, rooted in the distinct spaces of the car rental and the group home, she ties them together with a coherent portrait of a complicated woman struggling just to get through the day.

Me Little Me offers a portrait of modern American working class life that will no doubt be familiar to many, where we must fracture and compartmentalise ourselves in order to survive. Davis’ unlikely turn to compassion in the film’s final moments doesn’t ring entirely true and the voiceover fourth-wall breaking is a little clunky, but the overall impression of a fractured life remains intact.