Film Review: The Banshees of Inisherin 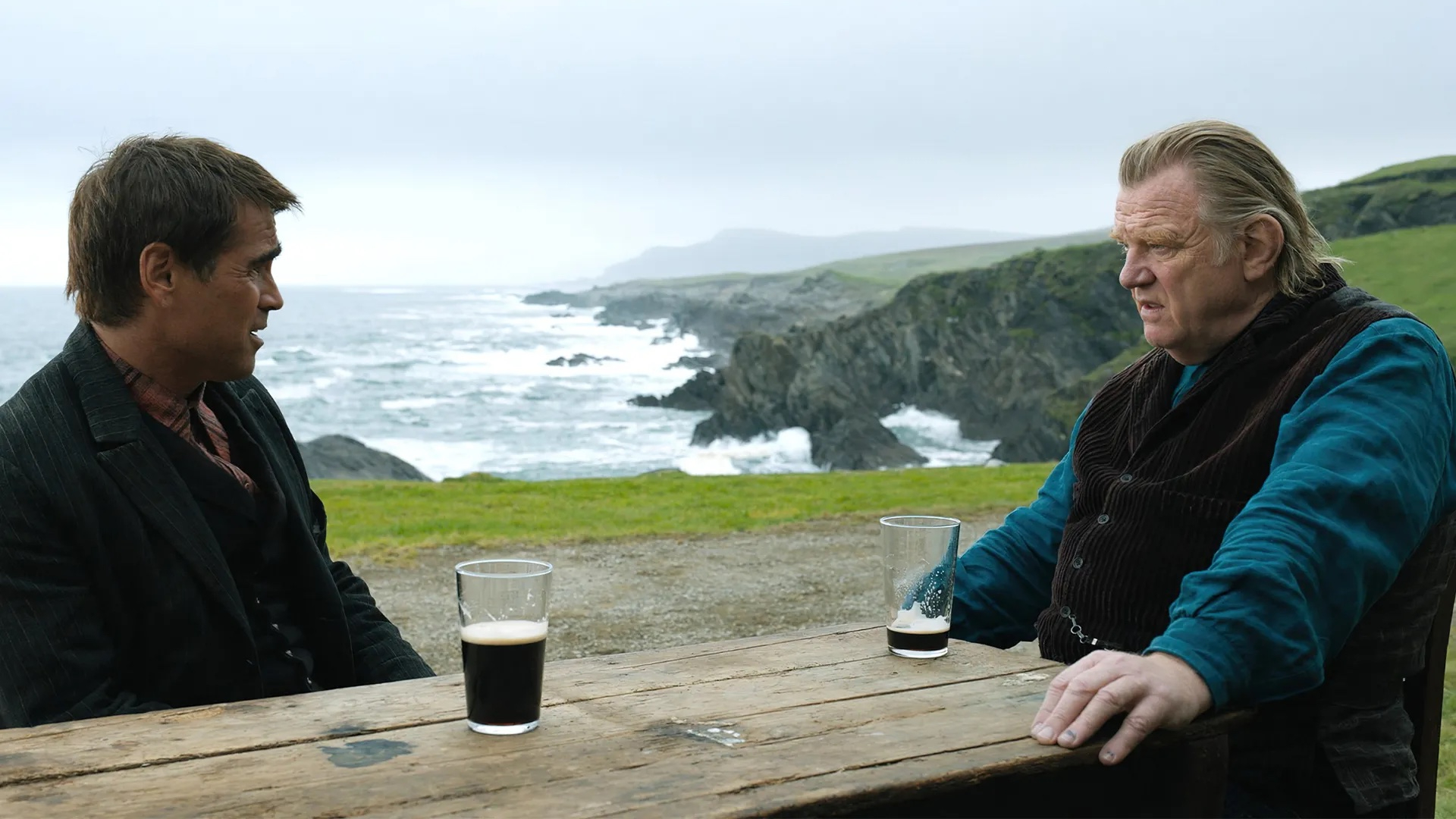 If ‘bromance’ is a thing then it’s only natural that we can have a ‘broak-up’ movie. This is what we get with The Banshees of Inisherin, Martin McDonagh’s follow-up to the Oscar-winning Three Billboards Outside of Ebbing, Missouri. The British-Irish writer-director teams up with Brendan Gleeson and Colin Farrell in a reunion of the double-act from the the damn-near perfect In Bruges. They make it two-for-two with the beautiful funny jig that is Banshees.

It’s the spring of 1928 and Pádraic (Farrell) lives on the island of Inisherin with his sister Siobhan (Kerry Condon) and his donkey Jenny. His best friend is Colm (Gleeson), a fiddler: or at least he was until very recently. He’s just decided that he no longer wants to be friends with Pádraic. He finds his conversation dull and would rather spend his time writing music – something that will last – than speaking to Pádraic about his donkey’s toilet habits. This leaves Pádraic with little choice in the way of chat. He resorts to the village idiot, Dominic (played with aplomb by Barry Keoghan, an actor who’s never met a scene he didn’t steal).

Aside from Dominic, his brutal father, the policeman, an old crone with a penchant for prophecy and a gossipy postmistress, there’s not much else on the island so Pádraic returns time and again to Colm: like picking a scab, to try and find out the reason for the rift until Colm threatens to cut off his finger if Pádraic speaks to him again. The Banshees of Inisherin is what you would get if Chekhov wrote a feature-length episode of Father Ted (with a sprinkling of blood). Its main strength is in its comedy: there is more than one laugh-out-loud moment and McDonagh has gathered a cast of exceptional talent, perfectly attuned to his universe.

Farrell plays a role more consistent with his character in In Bruges. Pádraic is a nice, if boring person who gets on well with animals. The look of childlike hurt and incomprehension on his face when he realises that his best friend doesn’t like him is nakedly vulnerable. And it’s even worse when he begins to suspect that perhaps his friend never liked him. Gleeson, on the other hand, is a stolid lump of dissatisfaction who is simply entertaining himself before joining the island’s many suicides. Condon has the thankless task of being the voice of reason amidst the madness, but does so with genuine fury at times and keeps the madness grounded (or if not grounded, tethered by a fraying rope). Because this is going to escalate into violence.

Violence is the Tabasco in McDonagh’s Irish stew. It’s the sharp end of the twee, the bitter taste of boredom behind the picturesque sunsets – the weather is the only thing that isn’t convincingly Irish – and Ryan’s Daughter coastline. McDonagh plays on the stereotypes: the priest (played by David Pearse), the pub, the folk music, and the gunfire heard from the mainland. But this is really McDonagh-land, a fictional place where every other line is a craic and life’s a-wasting. Colm’s anger with Pádraic is, at its root, a questioning of himself: a series of existential questions. What is life for? What is the meaning of it? Is it to outlast ourselves with some important work? Or is it to be nice? Or to be good?

The Banshees of Inisherin is a beautifully-shot and deftly-played comedy. It is at once masterful, surprisingly poignant, and profound. Its portrait of a friendship faltering ultimately proves how vital friendship actually is: how vulnerable and naked we are without it. In a perfect world, Farrell and Gleeson would make a series of films out of these characters – a modern day Laurel and Hardy or Abbott and Costello. However, as Inisherin proves, this isn’t a perfect: if this is all we have, hopefully it will be enough.