Academy Award and BAFTA-winning filmmaker Kevin Macdonald has boarded the upcoming Bob Marley documentary Marley (2011). Director of two of the most acclaimed documentaries of recent years, One Day in September (1999) and Touching the Void (2003), Macdonald will join with the Marley family, Chris Blackwell and Steve Bing to direct what may prove to be be the ultimate, authorized documentary film on the life, legacy and global impact of the influential singer/songwriter/activist.

The film will receive a world wide theatrical release in Q3 2011, during the 30th anniversary year after his passing in 1981. 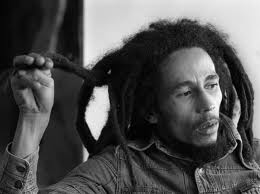 As one of the most accomplished documentary and feature filmmakers of a new generation, Macdonald will hope to deliver the definitive work on Bob Marley, his life and a truly global influence. Filming is taking place as far afield as Ghana, Japan and the UK, in addition to his beloved Jamaica and the States.

Macdonald states, “I was already intrigued by the Marley story but the way in which this film is developing, as we delve through the archive materials and interview key characters in his life, has surpassed my expectations. What made Bob tick is probably unanswerable but viewers will certainly feel that they know him a little better after seeing our documentary. I am grateful to the Marley family for entrusting me with their heritage.”

Macdonald has also recently completed shooting on The Eagle (2011) starring Donald Sutherland, Channing Tatum and Jamie Bell which will hit UK cinemas in March. His hotly anticipated documentary Life in a Day (2011) (teaser below) screened at this year’s Sundance Film Festival.