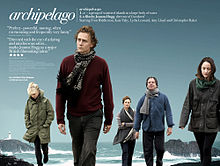 Joanna Hogg’s debut feature Unrelated (2007) won widespread critical acclaim with its painfully moving depiction of a family going through an emotional crisis whilst on a Tuscan holiday. Hogg’s latest film Archipelago (2011) revisits this subject in even more depth, in a drama that examines the slow, quiet disintegration of a middle-class family with awkward poignancy and dark humour.

At the beginning of Archipelago, Edward Leighton (Tom Hiddleston) arrives by helicopter on the remote Scillonian island of Tresco to join his mother Patricia (Kate Fahy) and volatile sister Cynthia (Lydia Leonard). Edward has just quit his career as a city banker, and the family are on holiday to give him a good send off before he departs for an eleven month trip to Uganda.

However, Edward’s decision to volunteer in Africa, where he will educate young people about sexual health and the spread of AIDS, is met with ambivalence by his family. The prolonged absence of Edward’s father on the trip adds further strain and thus, in between painting lessons, picnics, and bracing walks, the tensions and resentments within the family intensify as the holiday progresses.

The Leighton family are typical in their avoidance of troubling issues and unwillingness to express emotion. Like the missing picture of a raging sea that used to hang above the fireplace, the family push anything disconcerting out of sight, in the misguided hope that it will disappear. Yet repressions and evasions just resurface stronger in this unfamiliar environment. 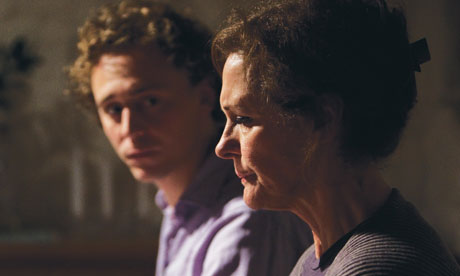 Cynthia displaces her emotions with terse, bitter remarks that convey only annoyance and boredom, whilst Patricia does not communicate her anger at her husband’s absence until the end of the holiday, at which point she cannot stop herself from yelling at him. Furthermore, Edward has trouble asserting his feelings and allows himself to be controlled. The audience discover at the end of the film that Edward’s girlfriend was forbidden from coming on the trip because it was strictly for family, but even Cynthia’s blatant dismissal of his relationship cannot provoke Edward into speaking about his anger.

The character of Edward is one of the most fascinating features of Archipelago, and Hiddleston plays him with an endearing mixture of childlike idealism, gentleness, and silent desperation. Edward is the embodiment of goodness; he befriends Rose the cook (Amy Lloyd), becomes almost a surrogate son to Christopher the painting tutor (Christopher Baker), while also being subservient to Cynthia’s moods and his mother’s expectations.

Yet Edward’s compassion and need to please others is also damaging; the scene in which he placates Cynthia by acting with a glove puppet the part of a comedy badger shows him to be astonishingly submissive. Hiddleston makes palpable both Edward’s struggle for independence and his slow realisation that everybody is ultimately responsible for their own happiness.

Hogg’s visual style is heavily influenced by painting and photography. Her method of film-making is represented in Archipelago by her real-life painting teacher Christopher Baker, who advocates spontaneity and following our intuition rather than a set path in order to explore new ideas. Hogg gives structure to the film by shooting the scenes in chronological order, but there is no rehearsal period or scripted dialogue, and she shoots key scenes only once. Thus there is a huge amount of creative freedom within the individual scenes, each becoming like a painting itself: the long, static shots are framed at a distance from the action to allow us to observe the characters’ behaviour towards one another in detail within a prescribed space.

Archipelago is a sharply observed and excruciatingly honest exploration of family relationships and the mess that we call life. Hogg has proven herself here to be one of Britain’s most important film-makers.