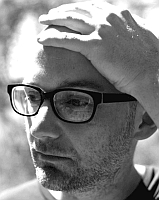 Films come in all shapes and sizes, big, small, short and long. Film is expansive and exists in many formats and platforms both inside and outside of the cinema. There exists a plethora of films that critics just don’t give any attention to including trailers, adverts, film portraits, and of course, music videos.

Last week’s event at the BFI tried to right this wrong by giving music videos the space they deserve in the BFI’s fantastic NFT1 hosted by Adam Buxton of Adam and Joe fame. BUG is a particularly unique event. Launched in 2007 it presents some of the awe-inspiring creativity found in music videos from artists and bands such as Massive Attack, Royksopp and UNKLE.

The BFI BUG: Moby Special event provided a comprehensive retrospective on the music videos of world famous artist Moby, celebrating the release of his new album Destroyed. Moby is particularly special when it comes to film, having partnered with some impressive names through the years, including David Lynch, David LaChapelle, Mike Mills, Jonas Åkerlund and Roman Coppola. The format of the evening provided a chance to hear Moby talk with the jocular Adam Buxton about his creative output.

There was a palatable sense of genuine pleasure from the 450 strong audience, as people tapped their feet to Moby’s best loved music videos in magnificent surround-sound on the big screen. Another treat was the inclusion of fan-made videos for songs such as ‘Be The One’ from his new album Destroyed. But the highlights of the evening for me were the classics such as ‘Bodyrock’ and ‘Porcelain’ from the number one selling album Play (over ten million copies sold). 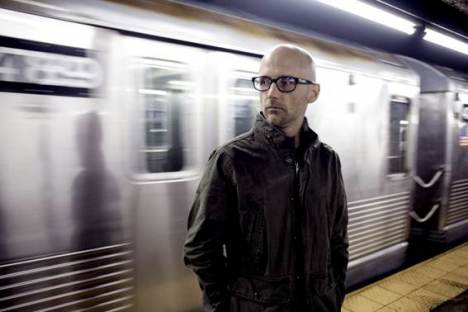 When Moby came to the stage for the second half of the show, Buxton discussed many of the issues surrounding the bespectacled musician’s career, from how frequently his songs show up on adverts (every track on Play is licensed to be used in advertising) to how involved he is in the music video making process. Sitting just four places away from Moby gave me the semi-surreal experience of watching his reactions to his own work. Those reactions were most acute when Adam Buxton read fan comments from YouTube. Some of them were less than polite, others were painfully gushing.

Moby will often allow film directors full range over the visual out-put of a track. This isn’t uncommon for most pop and rock stars, but is unusually brave in Moby’s case because in every other respect he is deeply involved in the whole music making process, including limiting what sort of companies are allowed to use his tracks for advertising. Overall, he came across as a humble man who doesn’t take himself too seriously – the dialogue between himself and Buxton had a lovely chatty quality making the event very personal and funny.

As I left the event, a friend and I discussed how strange it is to go to a cinema to see music videos. In that environment you become more aware of the quality and effort that goes into making these short films. Moby’s films possess a simple yet insightful narrative, in particular the back-to-front story for ‘Run On’ or the animated video featuring Moby’s ‘Little Idiot’ rendition of himself in ‘Why Does My Heart Feel So Bad?’