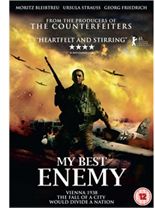 My Best Enemy (2011), the latest film from director Wolfgang Murnberger, stars Mortiz Bleibtreu and Georg Friedrich as best friends who are turned against each other by the unbelievably harsh and unfair circumstances into which they find themselves thrown, is frequently harrowing, though never short of riveting drama.

Victor Kaufmann (Bleibtreu) and his parents are wealthy Jews living in Vienna in 1938. Rudi (Friedrich), the son of the Kaufmann’s German housekeeper, has grown up as part of the family, being particularly close to Victor. As war is declared, Rudi joins the Nazi party as an officer and unintentionally betrays his best friend to the Germans.

The Kaufmanns made their fortune dealing in art, and have in their possession an original drawing by Michelangelo – a secret which the Nazis learn of through Rudi. Determined to get the drawing and use it as a bargaining tool with the Italians (from whom it was stolen many years previously), the high command trick Rudi into getting the Kaufmanns to hand the painting over. However the painting may not be as authentic as the Nazis would like to believe, and soon a dangerous game of bluff and double bluff puts all their lives at risk. 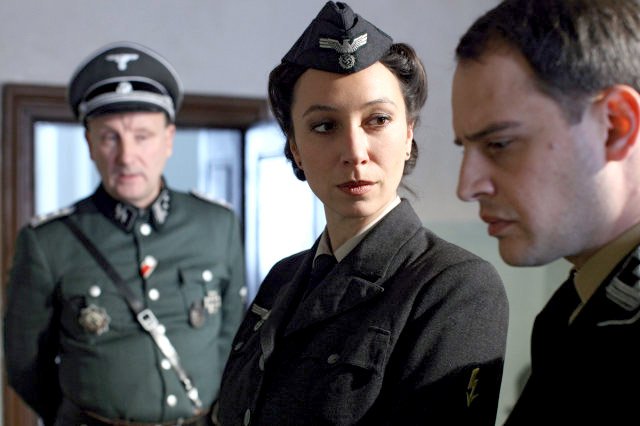 There is often a feeling of distaste when war in general is the subject of a film. Is it right to find entertainment in the violence inflicted by one group of people against another, whether that be the great wars of the last century or the current conflicts which fill today’s newspapers? Strangely though, such concerns are unlikely to arise with My Best Enemy, perhaps because it never trivialises what took place against the Jews in the concentration camps, by depicting it on the screen.

That’s not to say that there aren’t disturbing scenes, however, the horrors of the imagination are frequently much worse than anything you could ever depict visually. Here, this art of suggestion is used effectively as we are left to conjure for ourselves just what happens when Victor and his parents are double-crossed by the man they thought of as part of their extended family.

The film has been promoted as a comedy drama, but despite a couple of incidents with humorous overtones (particularly one where Victor and Rudi are both asked to “drop their trousers” to prove which of them is Jewish), this label does do film an injustice. Rather, as an insight into an often overlooked aspect of the Nazi crimes against the Jews, My Best Enemy is a thought-provoking depiction of a period in history which is likely to remain a rich source of cinematic inspiration for many years to come.