With the film world’s attention currently focused on festivals in Venice and Toronto, the curtain quietly closed last week on a smaller, specialist festival in our own backyard. The eighth annual London International Animation Festival (LIAF) ran an exhilarating ten days of films in the comfortable environs of the subterranean cinema at the Barbican Centre, and proved, if evidence was ever needed, that animation need not be restricted to children’s cartoons.

The films screened scaled the breadth of the medium, from the cute and hilarious to the abstract and bizarre. At times, the tone seemed weighted towards the latter: in a medium where literally anything is possible, many young animators seem to feel character and narrative tantamount to selling out, as Polish animator Wojtek Wawszcyzk observed in a Q&A. The eventual Best Film of the Festival winner, the Japanese In a Pig’s Eye (2010), certainly falls into the ‘abstract’ category, impressing the judging panel as much as it baffled them with ten bizarre and almost impenetrable minutes about a family who live with a giant pig.

The audience votes tended to side towards slightly more accessible fare, though surrealism still proved popular. British director David O’Reilly’s The External World (2010) was a deserved winner of the ‘Long Shorts’ evening, wowing both judges and audience with a seventeen-minute cacophony of utter madness. With no discernible narrative, vaguely interconnected vignettes depict a blindingly original and consistently hilarious vision of a world where frisbees kill, piano teachers slap their students with fish, and doctor’s prescriptions read “Go fuck yourself”. 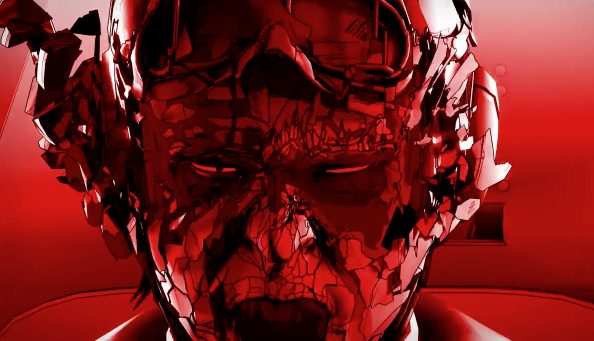 Elsewhere at the festival, Polish animation left a sizable mark on the programming. There were two dedicated evenings of shorts, many of which were sometimes maddeningly impressionistic (how often do you see two films in one sitting about headless people?), but always challenging and impressive. The best films were undoubtedly Damian Nenow’s Paths of Hate (2010) – a blistering portrayal of Second World War fighter pilots set to heavy metal guitars – and the similarly noirish Exit, a ten-minute monochrome revenge thriller.

The other major Polish offering was the UK premiere of George the Hedgehog (2011), Poland’s first animated feature in decades. Based on an extremely adult graphic novel about a foul-mouthed, skateboarding, womanising hedgehog, the adaptation pushes the boundaries of taste even further – think Fritz the Cat (1972) crossed with South Park. Crude, offbeat and funny to a belly-laugh-inducing degree, this was one of the highlights of the festival.

Another highlight was the ‘SIGGRAPH’ afternoon, a selection of some of the best films screened at the annual CGI festival and conference in the US This was one of the strongest programmes, with some dazzling shorts on the bill: the gobsmacking beauty of Nuit Blanche (2011), the lovable farmyard animal humour of Mobile, the mind-boggling visual rush of Loom, and the knowingly referential smarts of internet viral Pixels.

This was a festival which clearly prides itself on diversity and innovation, and it showed. There was an illuminating array of films screened, from hand-drawn stick men to computer-generated photorealism, with directors from every continent. And many screenings were encouragingly well-attended, demonstrating that even mad animation about giant pigs can reach beyond the arthouse audience.