A recent survey of more than 3000 members of the international film community on the subject of modern filmmaking has revealed that 81 percent of those questioned believe mainstream audiences now have an appetite for more imaginative films, a trend that would seem supported by the surprising commercial success of Michel Hazanavicius’ Oscar-winning silent gem The Artist (2011) last year (named in the survey as the second most imaginative film people had ever seen).

The research also revealed that two-thirds of those surveyed feel there is a shortage of original screenplays hitting cinemas, with big film franchise sequels being favoured, and that 60 percent had a concern that too much emphasis on new technology (i.e. 3D) could distract from the importance of imagination in overall filmmaking. 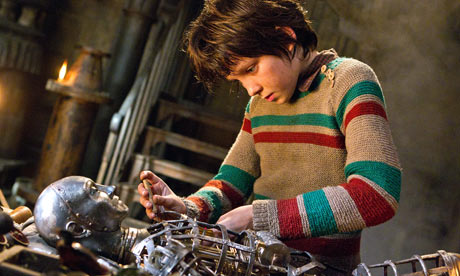 Despite this, Martin Scorsese’s 3D adventure Hugo (2011) came out on top when respondents were asked to name the most imaginative film they had ever seen, followed by 2012 Oscar winner The Artist.

Joanna Botwood, Bombay Sapphire, Global Brand Manager said: “Bombay Sapphire commissioned this research to spark the debate around imagination within the film industry and highlight some of the challenges that budding film-makers are facing. We believe imagination is the key ingredient in any creative endeavour and, as such, we are working to understand how we can support the film industry going forward.”