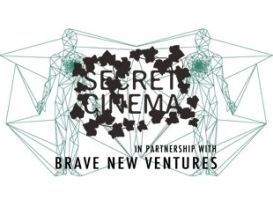 ‘Tell no one’ runs the tagline, and while the first rule of Secret Cinema is not necessarily that you do not talk about the pop-up events, they’d rather you didn’t shout the identity of the undisclosed film from the rooftops. By now surely London’s worst-kept cultural secret, the project – in which patrons pay for a film without knowing what it is – has become the standard bearer by which all unconventional film screenings are judged.

The scale and ambition of these events is consistently impressive, forever aiming to be as far removed from the clinical multiplex experience as possible. Previous events have had David Lean’s Lawrence of Arabia (1962), Ridley Scott’s Blade Runner (1982) and Bugsy Malone (1976) in a variety of appropriately unorthodox locations, and each production seems to surpass its predecessor.

Last year’s screening of Carol Reed’s The Third Man (1949) seem to more closely resemble a sprawling, ephemeral live theatre experience, with four stories of an abandoned central London warehouse transformed into post-war Vienna. Actors in full period costume milled about, engaging the audience in scenes we later realised recreated the film we would watch. There was a working restaurant, a police station, a mini-cinema, a science lab, even a brief opera performance. It’s often easy to forget you’re there to watch a film.

Typically cryptic clues have been dropped for the forthcoming summer production, which starts this week. Subscribers to the Secret Cinema mailing list have received some messages from a mysterious company called ‘Brave New Ventures’, apparently a research organisation inviting ’employees’ to embark on an ‘expedition’. It also requests a ‘willingness to discover new worlds that may be dark in some places and beautiful in others’. Your guess is as good as ours.

Secret Cinema is a terrifically immersive filmgoing experience, and it adds an excitement and intrigue you may have thought was long dead in cinema. The current run starts on 1 June; if you’re in London, this is definitely worth a look.