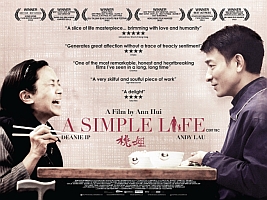 Ah Tao (Lp) has dutifully tended to the same Hong Kong household for over 40 years, with her services being passed down through the generations like out of date clothes. With almost all of the family having immigrated to the United States, she remains as the dedicated maid to Roger (Lau), the youngest of the family and a successful movie producer. One day, Roger returns home to find Ah Tao has suffered a stroke. He offers to hire a maid to help her at home but Ah Tao decides the time is now right to retire, declaring her desire to go and live in an old folks home. She gets her wish and moves out, however, as her health rapidly deteriorates the role between herself and Roger switches and he quickly finds himself caring for this elderly ex-employee as if she were his own mother. 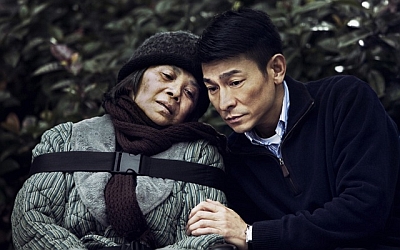 Never succumbing to contrived sentiment or mawkish manipulation techniques, Hui has created an incredibly nuanced domestic drama that constantly brings you to the brink of tears. Despite being solely about the inexplicable bonds which can unite us, A Simple Life also incidentally creates a complex insight into how we treat our elderly. Never guilty of damming our society’s dependence of old age homes, Hui’s film rather looks to critique our impertinence towards those deemed a hindrance based purely on their age.

Hui’s subtle direction is however pushed to the background by the film’s phenomenally natural and endearing lead performances. The real life relationship shared between Lau and Lp has endowed the film with a beautiful degree of realism, with each shared silence or knowing glance effectively portraying a thousand times more emotion or back-story than even the most assured and acclaimed actors could ever hope to achieve. Roger and Ah Tao’s history is gradually revealed through this eclectic rabble of supporting players, with each conversation held between these external characters slowly building the foundations of their complicated bond.

A Simple Life is a perfect example of how best to convey pure human emotion without ever manipulating an audience with heightened theatrical twists and turns. Easily one of the most remarkably honest and heartbreaking films of the year, Hui’s latest captures the essence of life and death and shares it in such an engaging way it’s almost impossible not to become besotted with its simple, yet life-affirming tale.