Spike Lee’s new documentary Bad 25 (2012) explores the making of late, great musical artist Michael Jackson’s bestselling album of the same name. A longtime friend of the singer and a filmmaker with notable OSTs under his belt, it was perhaps inevitable that Lee would make this one for the dearly departed icon. However, there is no gritty social realism nor mean streets of Brooklyn here (other than the ones that appear in Jackson’s videos). In fact, what comes across so strongly is Jackson’s complete detachment from any streets at all, living in a highly-protective environment and rarely leaving it our of fear of mobbing.

Kenny Ortega’s 2009 doc This Is It gave audiences an idea of just what a supremely musical man Jackson was, his ear finely attuned to every aspect of his songs. So whilst there are few surprises concerning the subject’s personal life, we do get lots of interesting information from the amazingly gifted musicians, technicians and directors who collaborated on Bad. Martin Scorsese and Thelma Schoonmaker are interviewed by Lee and look back upon their work with amused affection. When asked if he had been aware of Jackson’s crotch-groping before working with him, Scorsese gives an emphatic “No!”- comedy eyebrows raise. 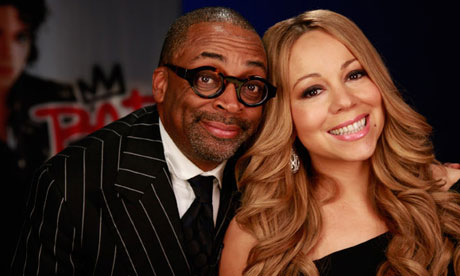 Other entertaining interviewees within Bad 25 include Kanye West and Cee Lo Green, whilst less obvious choices crop up in the forms of Mariah Carey – who seemed very excited at the prospect of singing at Jackson’s funeral (her first!) – and teen pop icon Justin Bieber, who talks about when taking off in his private jet, he and his friends tried to do the move from Smooth Criminal. Luckily, the great producer Quincy Jones and über-talented singer-songwriter Siedah Garrett get us back on track before too much damage is done.

Lee’s one Bad 25 bum-note is in the film’s focus on Jackson’s death, offering interviewees an opportunity for tears and speechless pain. This was almost identical to Sarah Polley’s Lies We Tell (which screened at Venice earlier in the week), yet here we feel far more manipulated. The tears are genuine, but the reasons for showing them are unclear and – at worst – unethical. Lee should have kept his focus on the music and left the morbid sobbing behind.

Bad 25 is primarily a film about an album and not about a life; a tribute to the master craftsman and musical talent that was Jackson and not a penetrative investigation of the man who made the music. If you loved Michael Jackson, this is for you. If you want some juicy details or explanations for why he was what he was – it’s probably not.