Written by and starring The Social Network’s Rashida Jones along with fellow co-star Will McCormack, Celeste and Jesse Forever (2012) is a post-modern and (at times) comic twist on contemporary relationships, directed by Lee Toland Krieger. The opening photo-montage shows us that Jesse (Andy Samberg) and Celeste (Jones) were once a happy couple who shared years of memories from college days up to the present. However, they now find that their relationship has run out of steam and separate. They want different things. Jesse is a surfer-hippie more concerned with wheat-grass milkshakes and surfing than working at his job as an artist. 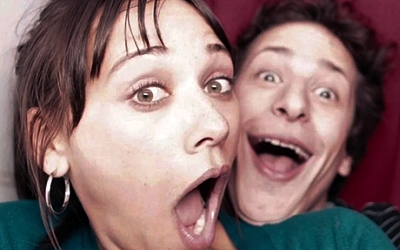 Celeste, meanwhile, is an uptight, judgemental control freak, tired of Jesse’s lack of drive. Yet they remain the closest of friends, sharing annoying couples’ jokes that range from funny voices through to singing along out of tune to Lilly Allen tracks. Once separated, they test the boundaries of their friendship as they go in search of new partners. In many ways, Celeste and Jesse Forever is punching below its weight, covering the same territory of examining modern relationships as 2011’s Friends with Benefits (in which both Samberg and Jones also appear), glossed over with attractive cinematography.

The essential question that Krieger’s film poses (or more accurately, aspires to extrapolate upon) is put forward by an extremely frustrated Jesse to his great love Celeste – namely, “What do you want?” In modern coupling, the stability of more conservative concerns are often tossed aside in favour of more liberal and – as the film argues – more complex relationships. Frustratingly however, both the writers and director, in their admirable attempts to steer clear of cliché, dodge them successfully in one scene only to fall into said trap in the very next.

Just when you think Krieger’s latest is going in the right direction, it disappointingly U-turns, leaving in its wake only mawkishness and trite rom-com convention. There are also occasional moments of mild confusion when various plot points are casually tossed in, something the writers presumably think we should just swallow. Despite a watchable performance from Jones, who conveys her character arc with greater dexterity than the lazy writing provides, Celeste and Jesse Forever remains disappointing at almost every turn – an extremely conventional romantic comedy, just about bearable but rarely enjoyable.