In Dead Europe (2012), Australian photographer Isaac (Ewen Leslie) heads to Greece (his family’s home nation) for the first time, presenting an exhibition of his work while at the same time visiting his errant brother Nikolai (Marton Csokas). His father – an ex-communist who fled the fascist uprising – has sunk into depression and pleads with his son not to make the trip as does Isaac’s mother. Following his father’s death, Isaac decides he will also take his father’s ashes back to his mountain village so bring his father some peace, but once in Europe Isaac will find that his rationality and his very identity are in danger of crumbling.

Tony Krawitz’s debut feature film is an adaptation of the novel by Christos Tsiolkas. Part ghost story, part road movie and part political commentary, it is a compelling and original drama, if at times it seems almost too busy keeping all those parts under control. Dead Europe is jammed with incident. In Greece, we see Isaac at the gallery, with his relatives, picking up a man in the park – “I’m gay, I get a lot of random sex” Isaac tells his Greek relatives, refreshingly angst-free – having a drug-fuelled ménage a trois and rescuing a young refugee (Kodi Smit-McPhee) who promptly goes missing. 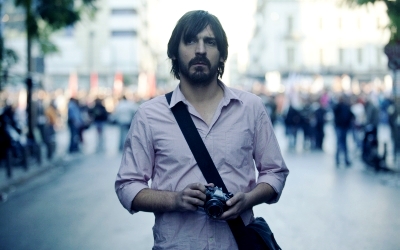 So much is constantly happening in Krawitz’s Dead Europe that the film can only imitate its main character and take snapshots of the world on the hoof, rather than explore it in detail. A political demonstration rushes past and is a mere distraction to the story. Meanwhile, the view of Greece and Europe in general is overwhelmingly bleak. This is a Europe of refugee camps, virulent racism and sex-trafficking; the elites have retreated to their big houses and everyone else fights it out in the ghettos. But the film’s supernatural elements rub against this social critique uncomfortably and confusingly, seeming to endorse the old beliefs and superstitions and by extension the horrific anti-Semitism they go hand in hand with.

The performances are generally of a high calibre, especially Ewen Leslie in the lead and who also appeared in Krawitz’s 2005 short film Jewboy, and visually the film is sound. There is also brooding and disturbing atmosphere throughout Dead Europe, and the ambiguity provides a certain resonance, but when all is said and done our quest for revelation might prove as frustrating as Isaac’s.