DVD Review: ‘Lisa and the Devil’ 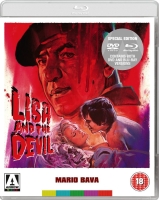 By the mid-70s, Mario Bava’s back was up against the wall. After kick-starting the golden age of Italian horror and introducing the world to giallo, the director suffered a string of commercial failures, which resulted in him losing his US distribution deal with American International Pictures. While the lack of studio interference and diminished expectations may have given him the freedom to make a film as wilfully abstract and contrary as 1974’s Lisa and the Devil, the film’s weak box office performance in Italy led producer Alfredo Leone to re-cut the film as an insipid Exorcist (1973) clone for the US market called The House of Exorcism. 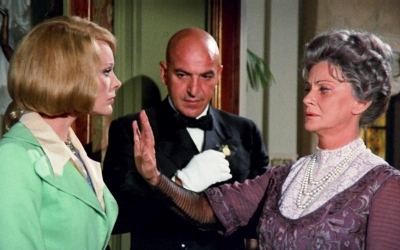 The original cut is hardly a misunderstood masterpiece, but there is enough in it to make it an honourable artistic failure for Bava. American Lisa (Elke Sommer) gets separated from her tourist group in an ancient Spanish city. After wondering around clueless for hours, she is offered a lift by Francis (Eduardo Fajardo) and Sofia (Sylva Koscina), which she gratefully accepts. When the car breaks down outside an old mansion, they are all invited to spend the night at the house by the owner’s son Max (Alessio Orano). One by one, the occupants are murdered by a shadowy assailant and Lisa’s grasp on reality becomes a lot more uncertain.

What is most impressive about Lisa and the Devil is that Bava reacted to the commercial decline of his later pictures by making a film that is so uncompromising in its surrealist vision. While the plot often veers towards the incomprehensible, Bava conjures a hypnotic brew of painterly colours and dreamlike atmosphere. The pedestrian dialogue means that the story is primarily propelled by the director’s imaginative use of abstract imagery which draws on both Gothic tradition contemporary psychedelia. The film unfolds as a feverish nightmare; like a diabolical spiral down the rabbit hole.

The thematic sophistication of Lisa and the Devil‘s aesthetics is sadly undermined by the film’s hammy performances. While Italian horror is hardly renowned for its thespian ambition, the contrast of the intelligently intuitive use of imagery and the ropey acting highlights the film’s structural deficiencies and frequent lapses in internal logic. The jarring disjoint between the B movie dialogue and the theatrical visuals simply reminds viewers of how Bava disciple Dario Argento reconciled these two elements more successfully in his 1977 masterpiece Suspiria. Lisa and the Devil, however, remains a fascinating – if imbalanced – oddity.