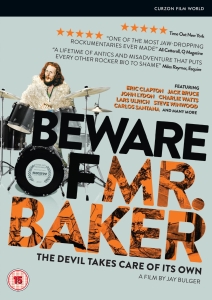 The very fact that rockumentary Beware of Mr. Baker (2012) exists at all is solely down to director Jay Bulger’s strange passion for the irate and ferociously talented flame-haired drummer Ginger Baker. Not that the musician doesn’t deserve his own documentary, but it was both brave and insightful of Bulger to choose the fledgling Baker as a subject, dust him down and reintroduce the man to a world that had almost forgotten he existed. Last year’s critically acclaimed Searching for Sugar Man (2012) also trod a similar path, but if Rodriguez is a softly-spoken, peace-loving messianic figure, then Baker is the Antichrist. 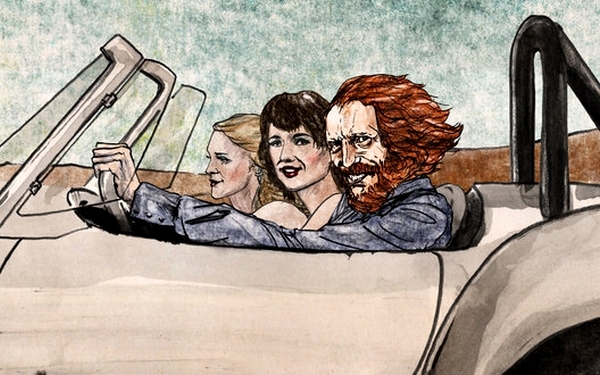 Some may see only a bitter and acid-tongued musical monster, who spends the majority of the film seemingly wishing Bulger would put him back under the rock he found him under. Undoubtedly a master of his instrument, Baker grew up in South London during the blitz, lost his father in the war and picked up the drumsticks after falling under the spell of the American jazz drummers Art Blakey and Max Roach. But it was hedonistic British percussionist Phil Seamen who undoubtedly had the biggest influence on Baker, introducing him to African music and heroin, both of which he consumed like a man on a mission. In 1965, Ginger then joined R&B outfit The Graham Bond Organisation before really hitting the big time.

After several violent disputes, Baker formed his most famous collective, Cream, with talented bassist/lyricist Jack Bruce and iconic guitarist Eric Clapton – both of whom provide interviews here. After the break up of Cream, Baker floats from one band to another, eventually ending up in Africa playing with legendary Fela Kuti and building his own studio during the height of political and social upheaval in the Nigerian capital of Lagos. When he eventually finds his musical roots playing with Fela, Baker’s abrasive nature and personal demons force him out of Shangri-La, leading to him spending the next 30 years wandering from country to country, playing Polo and evading the tax man.

It’s an honest documentary, to a point; Bulger is a little too close and has a little too much affection for Baker to really twist the knife, and if his neglect and psychological abuse of his son and the fear in his 28 year old wife’s eyes are anything to go by, it’s possible that he’s a genuinely appalling human being – despite his affection for animals and scattered moments of pathos. Some viewers will wish that Ginger’s desire to be left alone should have been granted, but if you’re able to separate the man from his art, Beware of Mr Baker is a rewarding trip.

Win a Blu-ray copy of Jay Bulger‘s Beware of Mr Baker with our latest competition. Follow this link to enter.