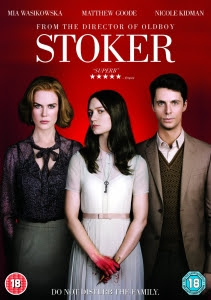 After a decade of filmmaking in his native South Korea, Park Chan-wook makes his English-language debut with Stoker (2013). An all-star cast led by Mia Wasikowska and a screenplay from Prison Break’s Wentworth Miller may suggest that this was to be a triumphant relocation for Park – yet the film doesn’t quite deliver the unambiguous success one might hope. India Stoker’s (Wasikowska) 18th birthday celebrations are interrupted by news of her father’s death in a car accident. At the funeral, her Uncle Charlie (Matthew Goode) appears, announcing that he’ll be staying with India and her mother (Nicole Kidman).

There’s something off about Charlie; India seems both fascinated and repulsed by her uncle, while her mother, Evelyn, seems to flirt shamelessly with her husband’s handsome brother. The scene is set for an intense family drama, augmented by slight hints of some superhuman senses that India seems to have. The feverish melodrama-thriller promised by Stoker’s enticing trailer fails to emerge, the dialogue peppered with awkward phrases that don’t feel remotely natural. 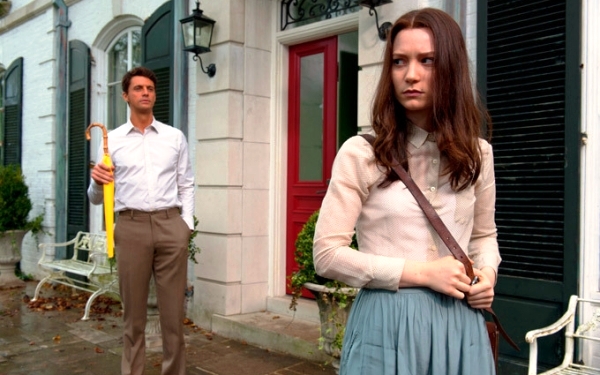 Goode is wonderfully sinister as Uncle Charlie, seeming to draw all the heat out of every scene he appears in, and Wasikowska is pitch perfect as India, but Kidman seems to be performing for a different film entirely (perhaps Alfred Hitchcock’s 1943 drama Shadow of a Doubt, the origin of Goode’s character title). Australian actress Jacki Weaver appears all-too-briefly – and with little narrative purpose – as Charlie’s aunt. Most discouraging of all is Park’s insistence on being noticed at every possible moment for his frenetic direction; even dinner table dialogue scenes are shot with a constantly moving camera, swooping around the room and over shoulders, forcing an energy totally at odds with the stillness of the actors.

Park seems unable to reconcile his taste for movement and dramatic ellipsis with the demands of the screenplay. All of which contributes to the nagging idea that Stoker doesn’t truly know what it wants to be. The story seems to have been pushed and pulled in a variety of competing directions by many different parties. This is exceptionally frustrating, as the film has some extremely high points, perhaps none so high as India and Charlie performing a piano duet (composed for the picture by Philip Glass) with breathless closeness.

There are times when Park’s latest mimics, and then brilliantly subverts, the tropes of a high school coming-of-age movie; at other times it does family melodrama (often very well), and even horror (with annoyingly little effect). Yet, as a film Stoker resembles nothing more than its lead character; like Wasikowska’s India, it’s clever, beautiful and talented, but unfortunately never quite knows itself.

Win a Blu-ray copy of Park Chan-wook’s Stoker with our latest competition. Follow this link to enter.