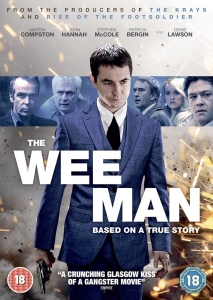 The latest in a long line of north-of-the-border, ‘gritty’ British crime dramas, Ray Burdis’ The Wee Man (2013) has arguably more charm and invention than most, yet still stumbles into the same routine clichés and pitfalls that have blighted the gangster movie over the last few decades. Sweet Sixteen star Martin Compston puts in a solid, no-frills performance as titular, real life Glaswegian gangbanger Paul Ferris, who reverts to a life of crime after years of brutal bullying and violent abuse throughout his formative childhood. There’s even a scene where an innocent dog gets kicked to death, just to cover all bases.

Raised during the 1960s by two very decent parents in the notorious Glasgow suburb of Blackhill – and perpetually warned by his protective father of the dangers of the city’s initially alluring crime culture – Ferris is forced to do his first round of porridge after a frenzied knife attack on two assailants assaulting his then-girlfriend. Having repaid his debt to society, Ferris jumps straight back into things as a fixer for gangland boss Arthur Thompson Sr. (Patrick Bergin), but soon finds himself at odds with the Glasgow godfather’s unpredictable son, nicknamed ‘Fat Boy’ (Stephen McCole). 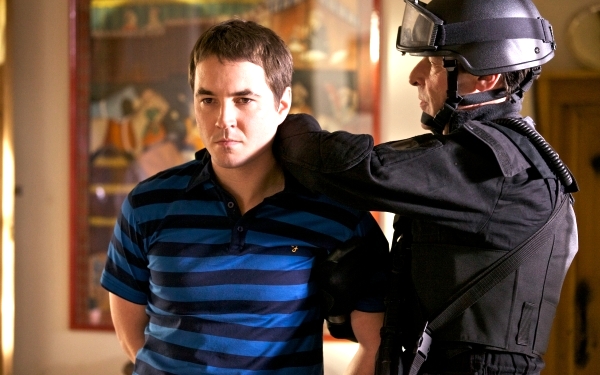 Anyone who’s familiar with the work of Martin Scorsese will be able to track the various twists and turns of The Wee Man’s narrative arc with consummate ease. Backs are stabbed, rivals eliminated and bonds formed, only to then be torn asunder by death or betrayal. Compston once again carries the burden of frontman duties with aplomb, providing that oh-so necessary trace of sympathy needed to secure an audience’s emotional investment. Sadly however, his supporting troop feel little more than a gaggle of hackneyed tropes, fulfilling their time-honoured roles before fading into obscurity. There are, however, a few region-specific flourishes that help to differentiate Burdis’ shank ’em up from the chasing pack.

Hits on rival gang members are often carried out in a rather unconventional, ritualistic fashion (wherein the victim receives a bullet to the anus in order to seal the deal), whilst some extremely trite dialogue is at least augmented by some colourful Scottish colloquialisms – often courtesy of a foul-mouthed John Hannah. Whether this is enough to ensure any type of ‘cult status’ longevity remains to be seen, but it’s still marginally refreshing to see a British crime saga set outside of cockney-ridden London.

A surprise commercial success upon its initial theatrical run in cinemas across Scotland earlier this year, Burdis’ The Wee Man may well have done enough in local screens to ensure a healthy home entertainment shelf-life, thanks in no small part to Compston’s controlled contribution. For those looking for a genuinely fresh take on the gangster movie genre, however, there’s precious little else of note here beyond murders and molls.