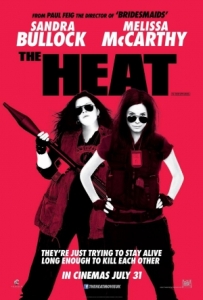 Whatever happened to the 90-minute Hollywood studio comedy? Was it damned to obscurity by the bromantic Judd Apatow’s unwavering faith in his actors’ abilities to riff themselves through any situation? The Heat (2013) is yet another comedy so bewitched by its stars’ improvisational skills that it feels curiously overloaded and under-nourishing at the same time. Director Paul Feig’s film work, like his comedic compatriot Greg Mottola, is only ever as good as its script. And while there are frequent zingers in the screenplay written by talented Parks & Recreation writer Katie Dippold, the lulls are painfully drawn-out. 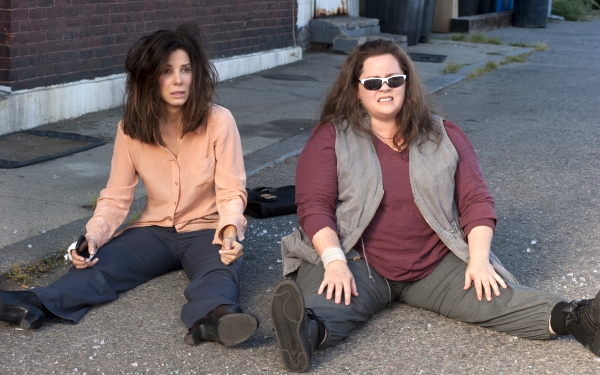 Opening with a brilliant but laughably misleading blaxploitation-style credit sequence, The Heat is so aware of the inherent ridiculousness of its set-up, it rushes to get it over with at a mercifully quick pace. Sandra Bullock (next seen in Alfonso Cuarón’s Venice Film Festival opener Gravity) plays successful but selfish FBI agent Ashburn. After pushing for a promotion, she is told by her boss that the only chance she has of reaching the top echelons of the organisation is by working with livewire police officer Mullins (Melissa McCarthy) to bring down an enigmatic Boston drug kingpin. Tensions inevitably flare due to their wildly different working methods, but they start to appreciate each other before long.

The principal weakness of The Heat is that it lacks the comedic democracy of Feig’s own excellent Bridesmaids (2011), in which the various supporting characters were all given scene-stealing moments, allowing the comedy room to breathe and giving it an inclusive, collegiate aura. The Heat is so geared towards McCarthy that lives and dies by her talent, relegating the numerous supporting actors to simply being her foil. Bullock has often been funny in the past but here she’s just cannon fodder for McCarthy. Which is not to say that there aren’t laughs.

The laws of probability dictate that, when you give Melissa McCarthy two hours of free reins, you’re bound to get at least some comedic gold. But there’s a distinctive feeling that we are watching jokes as they are being constructed. Feig is liable to let the camera just run as McCarthy fires off a dozen lines on a topic, causing the jokes to feel badly strung out. By taking the best lines from these moments, The Heat could have been edited into a tight, zippy film brimming with snappy punchlines. McCarthy is often great but, as Bridesmaids demonstrated, she is at her best when contained.