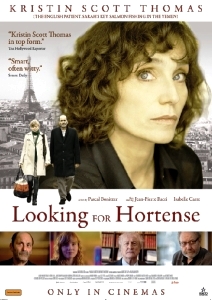 Pascal Bonitzer’s domestic dramedy Looking for Hortense (2012), starring Kristin Scott Thomas, Jean-Pierre Bacri and Isabelle Carré, has a topical slant that lifts the film out of mediocrity. Iva (Scott Thomas), a successful theatre director, asks her partner Damien (Bacri), a lecturer in Chinese Studies, to try and prevent the deportation of her sister’s friend Zorica (Carré), an illegal immigrant he has never met. Damien’s aloof father (Claude Rich) is a senior member of the French Council of State and knows all the right people in high places. Unwillingly, out of a sense of duty to Iva, Damien makes an appointment to see him. 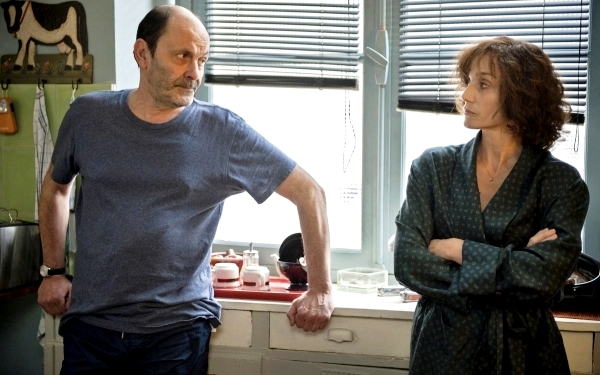 Pressed for time, they meet in a Japanese restaurant where Damien is visibly shocked to see his elderly father flirting with a young male waiter. Distracted, he vacillates and fails to raise Zorica’s case. Meanwhile, Iva starts an affair with her leading actor and Damien demands that she leave their shared apartment to the shock of their teenage son, Noé (Marin Orcand Tourrès). Damien finds respite in his blossoming friendship with, Aurore, a young Serbian waitress who asks to sit in on his classes. After she tells him that she hasn’t got the necessary work papers to remain in France and is worried about being deported and having to leave behind her beloved grandmother, he realises that Aurore and Zorica are one and the same.

Damien’s unkempt appearance reflects his inner conflict as he repeatedly fails to pin down his father. When he finally does so, it may already be too late. Eventually Damien decides to take the matter into his own hands and sets out to find his father’s friend and colleague, Henri Hortense (Philippe Duclos). A state immigration minister, Hortense is apparently one of the few people with the power to halt Zorica’s deportation. Scriptwriters Agnès de Sacy and Bonitzer treat a thorny subject sympathetically and without demonising illegal immigrants.

Finding Hortense is enlivened by some fine performances although, frustratingly, Scott Thomas enjoys only the briefest of appearances – her character serves as the catalyst for Damien’s emotional breakdown and then effectively disappears. The pace is a little slow, and the film’s lighter moments sometimes get lost in translation. Otherwise, Bonitzer’s latest is an affecting portrait of one man’s mid-life crisis, his desire to follow his conscience and attempts to start afresh.