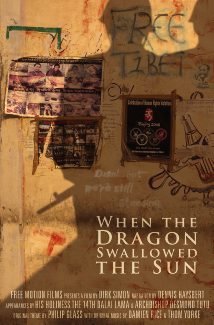 “If you ask the Chinese for an apple, they’ll give you a grape; if you ask for a watermelon, then they’ll give you an apple.” This analogy is used by a commentator in Dirk Simon’s sobering documentary When the Dragon Swallowed the Sun (2010) to elucidate his stance on Tibetan independence. He posits that by demanding full freedom for the region from Chinese rule, the country may be at least allowed autonomy; yet demand the latter and they will get nothing. This is not a view shared by all of his compatriots, however, and it’s with this very divide that the film’s reflective nature proves insightful despite its partisan positioning. 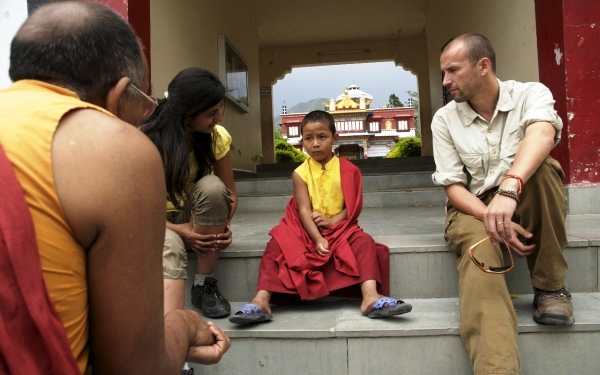 Rather than giving an edited modern history of Tibet, the film looks to explore the current political climate through the opinions of its citizens – both those that have been forced into exile and those that remain in their homeland. A background is given organically revealing morsels throughout the discussions of how Tibet should combat Chinese governance and via an ominous opening prophecy ascribed to the 13th Dailai Lama on his deathbed (given additional portent by 24’s President David Palmer, Dennis Haysbert). Little political heft is afforded to the Tibetan people and their exiled government and this had led to calls for a more forceful approach to the struggle rather than 14th Dalai Lama’s ‘middle way’ (autonomy not independence).

Whilst the film is always pro Tibetan freedom, what makes it intriguing is an attempt to dissect the push for independence itself. Voice is given to Chinese nationals who oppose the Tibetan struggle, but these are primarily to expose the mendacious view of the country expounded by the Chinese government; separate instances where the Dalai Lama is implicated in using human remains as furniture. Of course, the film aptly cuts directly to the infectious chuckle of the peaceful Tenzin Gyasto (the 14th Dalai). The rest of the time is devoted to those who support Tibetan self-rule but exposes the diverging opinions that are prevalent throughout the impotent freedom movement.

As the country’s stunning landscape is presented via beautiful time-lapse photography and swooping helicopter shots, calls are made both for peaceful and more aggressive resistance. The discussion, and focus, varies depending on the speaker and whilst it helps to give a wide impression of the various stances, it does result in rather dry political debate for the most part. It’s all interesting if never quite absorbing and whilst the Dalai Lama himself is always good value, When the Dragon Swallowed the Sun is probably a film for those already sympathetic to the cause than an expose to rally new supporters to the colour.