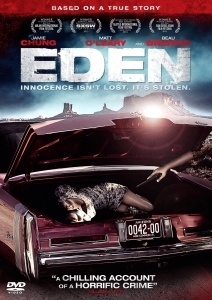 Based on a true case of human trafficking in the US, Megan Griffiths’ Eden (2012) is a decidedly low-key circumvention on the usual gritty, unforgiving exposés of the sex industry. Set in a small rural town back in 1994, naive teenager Hyun Jae (Jamie Chung) works in her parents’ bric-a-brac store, occasionally sneaking out-back to share a smoke with her rebellious friend, Abbie (Tracey Fairaway). The pair are intent on exploring their burgeoning sexuality, with Abbie coaxing Hyun to join her for an evening of underage drinking and harmless flirting. Here, Hyun Jae catches the eye of a young fireman who offers to give her a lift.

However, the next thing Hyun Jae experiences is a chloroform hangover and the view from inside the trunk of a Chevrolet – all before being hauled off to a soulless warehouse in the middle of nowhere where she, like many, will be held hostage and marketed as an attainable source of sexual pleasure to an endless string of men. Griffiths’ Eden, her third feature, takes its unsavoury premise and presents it in a strikingly chaste manner, often resembling a glossy, sun-drenched drama smothered in layer upon layer of misery and implied degradation. 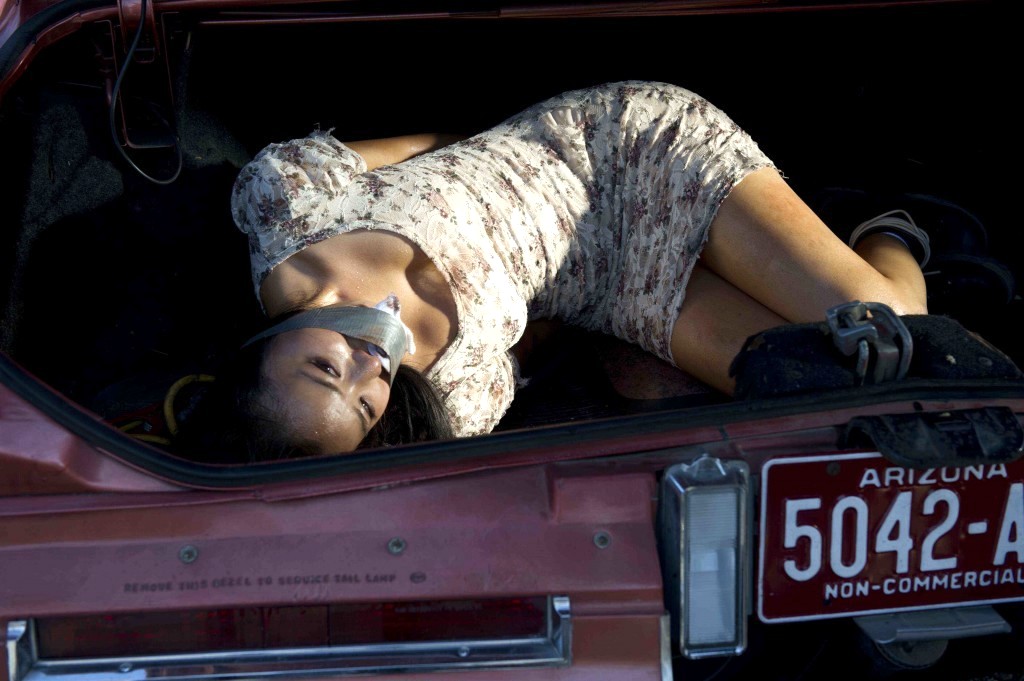 It’s this focus on the ‘business side’ of the industry which is ultimately Eden’s strongest asset, stripping away the belief that sex trafficking in America is somehow ethical and devoid of exploitation. Once Hyun Jae becomes ingrained into this seedy underworld she quickly realises that her advancing years are making her increasingly expendable, forcing her to make herself more valuable by climbing up the ladder of this illicit operation. However, as she becomes more involved in the administrative side of this glorified slave trade we become increasingly removed from the issues at hand. This method of normalising the world we’re submerged in does feel like an overly humane approach, and certainly lacks that essential sense of peril.

Utilising your standard, voyeuristic over-the-shoulder camerawork with some aesthetically succinct signifiers of the seedy underhand dealings of its antagonists, Griffiths presents us with a glossy and heavily diluted depiction of this dark and disturbing world. There’s certainly something to be said for inverting the gruelling methodology of films such as Lilya 4-Ever (2002). However, by relying so heavily on this opaque illustration of human commodification, Eden finds itself encroaching a little too closely upon the realms of televised melodrama.

Whilst Chung does an admirable job at exhibiting the tortured shell of a young girl thrust into slavery, her tender years and inexperience are the only facets to shine through a vapid, inert veneer of despair in what is a commendable, if inconsistent performance. Eden may function as an inauspicious window into the distressing real world of sex works, but its underlying story not only deserves but positively demands a far more considerate and attentive approach than is shown here.