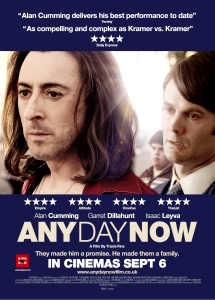 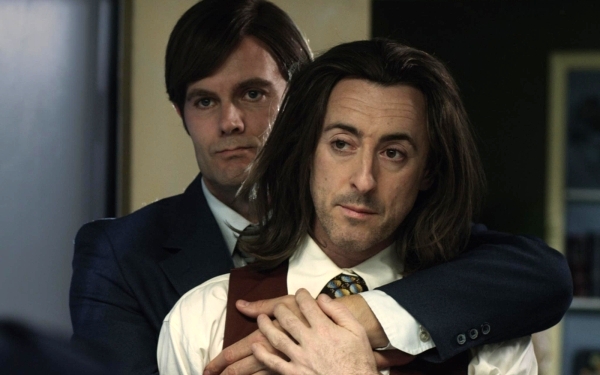 When he meets the closeted Paul (Dillahunt), who works in the district attorney’s office, their connection is immediate. Meanwhile, Marco (Isaac Leyva), a teenager with special needs, lives with his drug-addicted mother in the same rundown apartment block as Rudy. When she winds up in jail, Rudy decides to take Marco under his wing. He seeks Paul’s legal help and persuades Marco’s mother to give him temporary custody. After Rudy and Marco move into Paul’s more comfortable home, the three quickly bond, settle in together and form a happy family unit. The two men also find a suitable special needs school for Marco, where he thankfully flourishes under the tutelage of Kerri Williams’ sympathetic teacher.

Paul and Rudy’s joy at parenting strengthens their romantic relationship and Rudy starts to pursue a more lucrative career as a nightclub singer. However, they run into trouble when Marco’s mother is released, Paul’s homophobic and malicious boss intervenes and the men find that they have a legal battle on their hands for permanent custody of Marco. Despite Marco’s evident happiness, and the court’s acknowledgement that no one wants him except Rudy and Paul, the odds are stacked against them after Frances Fisher’s judge rules that their homosexual lifestyle is unsuitable for a child.

Cumming and Dillahunt’s solid performances help dispel some the film’s more mawkish moments. Leyva also impresses as the shy teenager with a passion for doughnuts and bedtime stories. There is excellent attention to period detail from the characters’ hair and clothes to the period cars, some kitsch furnishings and a great soundtrack. One of the film’s highlights is Cumming’s memorable renditions of 70s classics, including Love Don’t Live Here Anymore and Dylan’s 1967 I Shall be Released. Sadly, there is no fairytale ending for Marco. Instead, Any Day Now explores institutionalised homophobia creatively and intelligently, engaging its audience on a number of levels, and offers a potent warning against discrimination of all kinds.