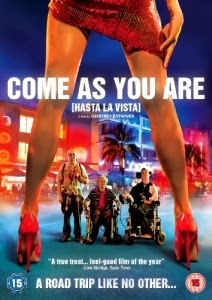 Loosely based upon the real-life exploits of a physically-impaired Brit searching for intimacy, Come as You Are (2011) is a heartfelt comedy about disability and sexuality, topics sensitively-handled without tiptoeing around the more thought-provoking issues they inspire. Three twentysomething friends from Belgium with a penchant for fine wine and a yearning for female attention hit upon an idea to travel to sunny Spain where a ‘specialist’ brothel can help with their needs. Lars (Gilles De Schryver), who suffers from an inoperable brain tumour, spearheads the trip, although the trio’s parents are reluctant to sanction such a thing. 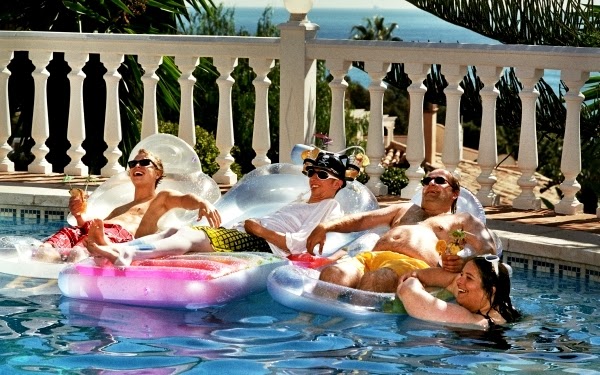 The paraplegic Philip (Robrecht Vanden Thoren) manages to sneakily book the services of a female ex-nurse called Claude (Isabelle de Hertogh) to care for them, and together with the partially-sighted Jozef (Tom Audenaert) they head off on what they hope will be a riotous and boozy road trip. It’s a simple premise which director Geoffrey Enthoven and writer Pierre De Clercq could easily have manipulated to deliver the maximum amount of slush. Yet, they ensure their characters are fully fleshed-out individuals, complete with the kind of foibles and flaws recognisable in all personalities, able-bodied or otherwise.

Even if there are a number of well-warn tropes to contend with (friends on a final hurrah, an initially-perceived antagonist who is eventually embraced) the uniformly excellent performances by the three young stars and their older female counterpart help to smooth over the clichés inherent in such material. There’s some incredibly affecting moments here, derived from the adversities the men face, particularly one scene where the gentle and painfully reserved Jozef has to undress in front of Claude. It’s all utterly heartbreaking, and Audenaert plays it in a lovely, understated manner.

Special mention also goes out to Thoren who not only effortlessly nails the physical constraints of his character, but is also unafraid to challenge the audience’s sympathy towards him in the early stages of the trip, with his petulant and childish taunting of Claude. Don’t be put off by a video cover which suggest some kind of disposable, Inbetweeners-like teen comedy. Come as You Are is a superior crowd-pleasing tear-jerker, refreshingly free of the kind of cloying sentimentality found in Hollywood cinema of a similar nature (regrettably, a State-side remake has already been mooted).