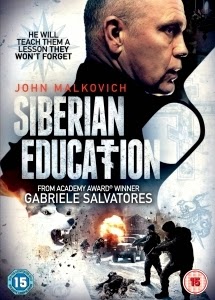 John Malkovich plays a menacing Russian kingpin in Oscar-winning director Gabriele Salvatores’ Siberian Education (2013). Based on the memoirs of gangster turned gallery-owner Nicolai Lilin, this English-language, Russian-based crime drama sadly fails to break down the ideological barriers of nation, culminating in an anodyne potpourri of genre clichés and cultural stereotypes. Told through a series of flashbacks, the ‘education’ of the title relates to Kolyma (Arnas Fedaravicius), a Russian soldier fighting in Chechnya whose Siberian upbringing has aptly prepared him for the brutal atrocities of war.

Kolyma’s teacher was grandfather Kuzya (Malkovich), perhaps the most respected man in this community of displaced thieves and hoods. Kuzya taught Kolyma to respect all living things, yet this credence draws a line at anyone who makes money from the proletariat or enforces the bureaucracy of the state, with policemen, loan sharks, politicians and bankers all exempt. However, when you justify violence against a group of individuals you have to be prepared to receive a certain amount of hostility yourself – something Kolyma soon discovers to be an everyday fact of life in this frozen criminal conclave. 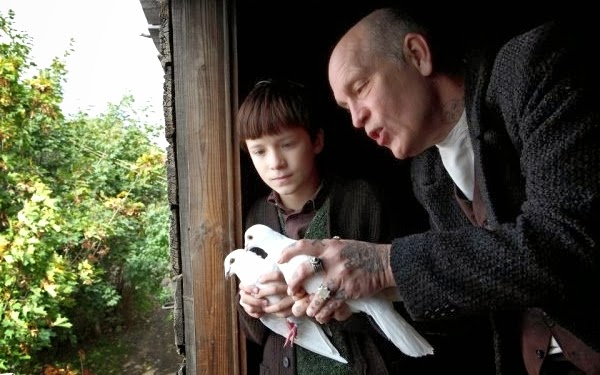 Siberian Education’s initial scenes depicting the routine rituals and solidarity of this Stalinist ghetto are fascinating, leading the audience into a classroom where textbooks are replaced with the stories contained in gang tattoos and pencils crudely sharpened with switchblades. Some alluring cinematography almost makes up for the hammy dialogue and hackneyed use of Klezmer songs, yet nothing can excuse the generic Hollywood bombastic guitar riffs that prop up the film’s ludicrously explosive action sequences. The heavily-accented cast also provoke much hilarity, and Malkovich is by far the worst culprit, not so much embodying the grandfather as regurgitating his character from 1998’s Rounders.

Lilin’s account of his childhood has been rather controversial, with his autobiography met with scepticism and unpublished in his native Russia. For a long time there’s been a rich literary tradition of embellishing biopics, with cinema often guilty of doing much the same. Therefore, what truth can we ascertain is in this heavily stylised account? Regardless of this validity of this ostentatious imitation of reality, the question really should be is it any good? Unfortunately, the answer is a resounding no.

Siberian Education is a deeply homogenised account of true events. Far removed from the socialist ideals of the area, the film presents a glamorised version of a world where people talk in funny accents and white men rule through fear and fear alone. Whilst commendable for using the narrative’s ‘honest crooks’ attack on the dishonest authoritarian classes to mirror Italy’s political malaise, this tale of criminal socialisation is feels too indebted to western cinematic tropes to be truly authentic.