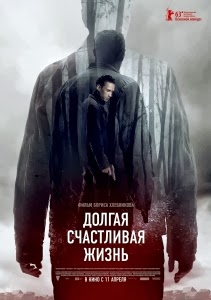 From Boris Khlebnikov, one half of the directing duo responsible for 2003’s Koktebel, comes A Long and Happy Life (2013), a pensive and meekly existential drama about one man’s solitary fight against corruption and turmoil in Russia. Sasha (Aleksandr Yatsenko) has recently moved from the city and bought a farm in order to start up a new life away from the hustle and bustle of modern life. However, whilst he’s managed to escape the frantic pace of urban living and met a local sweetheart in which to share his dream, the bureaucracy and political corruption that infects Russian society has already taken hold of this isolated idyll. 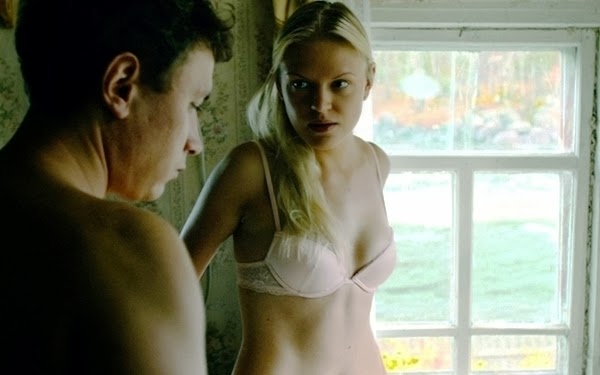 The state is buying up local land from small agricultural businesses, offering a lucrative compensation, yet failing to consider the lives of the families who have harvested this land for generations. The villagers begin to rise up in rebellion against this attempt to buy up their homes and Sasha, whilst initially prepared to sacrifice his land and begin again elsewhere, has a change of heart and decides to finally fight with them against the unrelenting depravity of the state – culminating in a battle fought not with guns but with passion, pride and ultimately some irreversible actions. Khlebnikov uses the prism of nature to successfully convey the conflict and despair that often accompany our search for contentment.

A contemporary Russian western whose protagonist heads north in hope of prosperity and contentment, only to find the reach of political corruption is far wider than he imagined, A Long and Happy Life is ultimately a disheartening tale about the unstoppable inertia of immorality throughout our ever dwindling world. Told in an incredibly cold and unhurried fashion, the film’s calculated and distinctively Russian approach to existential drama is certainly not for everyone, yet behind this languid tale is a vigorous moral message urging to be heard.

A Long and Happy Life makes the most of its picturesque rural setting. Using the harsh and unrelenting natural conditions of this remote community, we see how political greed has replaced the environmental barriers that once endeavoured to halt human progress. From the same production company that brought us Koktebel, How I Ended Last Summer (2010) and Zhit (2012), Khlebnikov’s latest is a far less immediately gratifying experience. However, like the work which precedes it, this is a beautifully rendered example of contemplative Russian cinema doing what it does best.