Whilst Jordi Cadena’s The Fear (2013) boasts a sensational performance from young talent Igor Szpakowski and a palpable sense of dread, this oppressive meditation on Spain’s ‘pact of forgetting’ and Basque separatism ultimately proves an insensitive and tactless exploration of domestic violence. Shot almost entirely from the vantage point of teenager Manel (Szpakowski), we observe the effects of a brutal patriarch over a frail and helpless family. Cadena uses an abundance of extreme close-ups to express this suffocating malevolence, only withdrawing when Manel and his kid sister are safe at school. 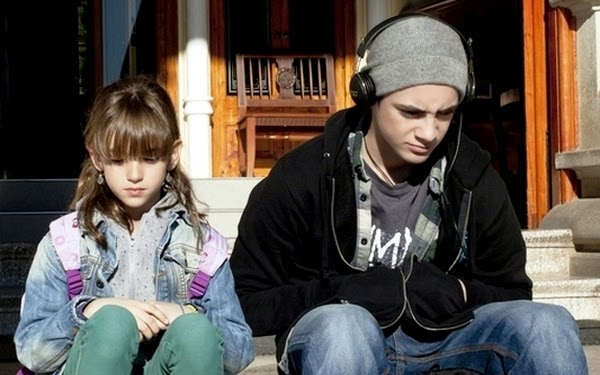 Drawing parallels with 1973’s The Spirit of the Beehive, The Fear offers up a plethora of lazy metaphors that mirror the allegorical films produced in Franco’s Spain – with the father merely an emblematic representation of the country’s past. This monstrosity could have been used to represent the paternal stronghold on Western society, where authority is asserted through fear and masculine dominance, but this study of power seems to be searching for deeper meaning in a film that fails to mask its simple agenda with a suffocating ambiance of despair and a worrying preoccupation with extremism. Technically, however, this is incredibly assured filmmaking, especially in Cadena’s focus on the intimidating nature of silence.

The ‘pact of forgetting’ which preceded Franco’s Spain curtailed any form of cultural catharsis. Years without self-inspecting cinema culminated in a series of deeply allegorical dramas, with the scars of fascism still clearly visible in many independent works. A failed attempt to present how this bottling-up of historic transgressions continues to this day (particularly in the Basque region, which continues to push for either further political autonomy or full independence), The Fear’s use of a bruised and beaten women as a conduit feels desperately deplorable.

So manipulative and unsympathetic is Cadena’s approach that he completely undermines both his film’s figurative message and the delicate issues surrounding its veneer of abuse. Manel and his younger sister represent the next generation, yet had they been given a voice – preaching a message about unity and resilience instead of wallowing in misery – then perhaps The Fear wouldn’t have ended up being such a downright cynical and exploitative film, depicting patriarchal aggression as it does in a repugnant, calculated fashion.