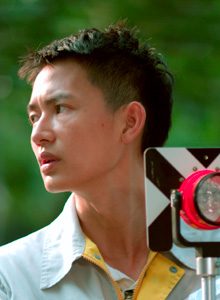 Much like Ai Wei Wei’s recent Surveillance Camera sculpture, Vivian Qu takes on China’s aggressive panoptical policing in Trap Street (2013) with a sense of doomed inquiry. Nominated for the First Feature prize at this year’s London Film Festival, the film explores how information technology is both the target and perpetrator of State meddling in contemporary China, laying bare the nation’s spiralling surveillance culture with a dark, noirish twist. Li Quiming (Lu Yulai) is a part time city surveyor, supplementing his low paid traineeship by installing illegal surveillance cameras in hotels and gentlemen’s saunas. 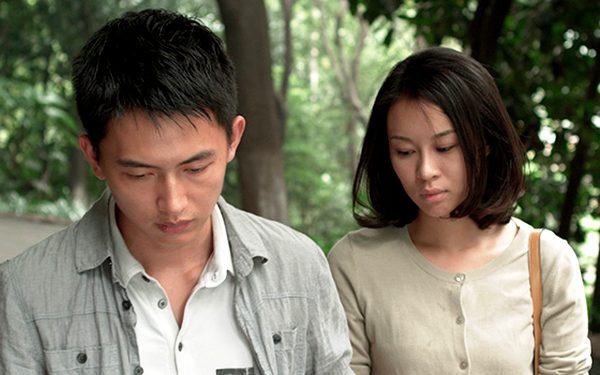 Pursuing a strange woman on a rainy night ensnares Quiming in an underworld of government corruption and conspiracy when he discovers that his enigmatic femme fatale, Guan Lifen (played with vacant elusivity by actress He Wenchao), resides on a street that doesn’t exist on maps. The film’s title refers to the cartographer’s tradition of including a fake street on a map to protect copyright. As such, Trap Street’s inversion of the missing street is key to the film’s intrigue, conveying China’s obsessive surveillance as paradoxically both visible and hidden. Unfortunately, despite such a fascinating conceptual premise, slow pacing and low-key theatrics prohibit Qu’ debut feature from gathering essential dramatic momentum.

The relationship between the film’s young couple is too vague to engage in, adding to a tone of cold vacancy to an already impenetrable surface. However what the film accomplishes is a slow burning sense of paranoia that materialises in an urban underworld occupied by smartly dressed and well-spoken Party Officials. In recent years Chinese independent cinema has been wrestling with the morality issues presented by back door hand-shakes between corporations and profiteering government officials. Trap Street’s observational style creates a tone that despondently accepts rather than interrogates official corruption.

Lingering shots of Nanjing’s streets are seen through Quiming’s surveying equipment, seemingly scoping the city for harboured secrets. The film’s underpinning of official corruption is cleverly intertwined into the surrounding built environment and despite his compliance in the city’s surveillance there is an overriding feeling that Quiming is the one being watched. It’s clear that Qu doesn’t attempt engage in dramatics that could easily have overwhelmed such a paranoia stricken narrative premise. Instead, Trap Street is successful in painting a more realist depiction of the powerlessness felt in a modern day China under surveillance.