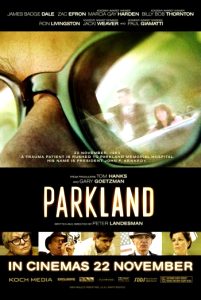 Released at the peak of a resurgence of interest in the John F. Kennedy assassination (it’s been fifty years Friday), Peter Landesman’s Parkland (2013) begs the question – do we really need another film about Kennedy? Oliver Stone’s JFK (1991) remains the benchmark for the subject, so what can Landesman’s reconstruction of this historic event add to Stones’ three hour-plus investigation into one of American history’s most infamous moments. Recounting the chaos that occurred in Dallas on that fateful day through numerous vantage points, Parkland creates a tapestry of grief and sorrow by entwining the lives of those involved. 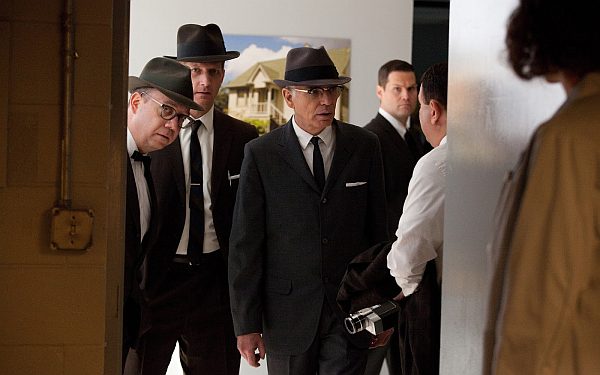 Equipped with a stellar cast that includes Paul Giamatti, Marcia Gay Harden and Billy Bob Thornton, we witness the trauma inflicted on an eclectic selection of individuals ranging from Kennedy’s aids and the staff of Parkland hospital to the family of Lee Harvey Oswald – the man arrested, and later killed himself, for the President’s murder. High production values and set designs coalesce with archive footage to impart this serviceable, yet belligerently patriotic snapshot of events. The assassination is evaluated by the trauma it bestowed on those poor souls present at the time, far more concerned with propagating the myth surrounding Kennedy’s lasting legacy than exposing his country’s proceeding loss of innocence.

This ‘touchy-feely’ account of the assassination’s direct repercussions relies far too heavily on conjuncture and emotive language to swaddle its sugar-sack of national grief in a warm and comforting embrace that seems unlikely to travel well outside of the States. From Giamatti’s four-day crying episode to the film’s attempts to rewrite history and heighten the tension of the operating room as all the kings horse and all the kings men attempt to put poor Jacky back together again, Parkland is little more than the audible whimper of a people ruminating over a great tragedy.

Ironically, for a film that discusses the importance of dignity – particularly in relation to the press not publishing the image of the fatal ‘kill shot’ – Parkland sometimes forgets to apply this philosophy to its own interpretation of events. As Zac Efron mounts the corpse of America’s fallen hero to perform CPR, thrusting up and down on Kennedy’s chest like a bearded child pumping up a paddling pool, a doctor turns to him and states “Boy, you’ve got nothing to work with.” But that’s not quite the case for Landesman. There was plenty to ‘work with’ here, so it’s disappointing that his offering turns out to be little more than one long funeral procession.

This review was originally published on 15 October, 2013 as part of our London Film Festival coverage.