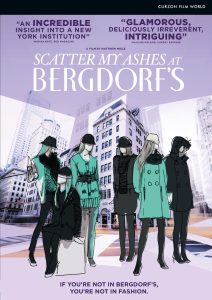 Just as Miranda Priestly admonishes her assistant Andy at the end of The Devil Wears Prada (2006), it seems that everybody does indeed want “to be like us”. However, if you can’t afford the lifestyle of a fashion mag editor, the next best thing it seems is to live it vicariously through films like Matthew Miele’s Scatter My Ashes at Bergdorf’s (2013). Films such as Lagerfeld Confidential (2007) have lain bare the lives of the people who clothe the elite (in that case Chanel’s Karl Lagerfeld), whilst The September Issue (2009) and Diana Vreeland: The Eye Has to Travel (2011) have shown us where dreams come from. 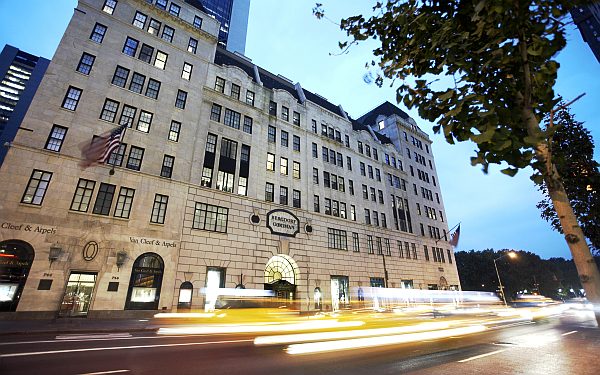 But where do the jet set who read Vogue and spend the gross national income of a small country on their winter wardrobe obtain the trappings which they read about each season? Well, it would seem that if you’re a New Yorker the only place is Bergdorf Goodman, the exclusive department store situated just along from Central Park on Fifth Avenue. Rather than show the lives of the consumers who shop there, however, Miele’s documentary looks at the shop from the point of view of those who make it work. The film is spliced with interviews with designers such as Marc Jacobs and Diane Von Fürstenberg on the difficulty and prestige of getting your line displayed in store, and what exactly shopping at Bergdorf’s means to them.

There are also those like the store’s top personal shopper, Betty Halbreich, who isn’t afraid to tell her clients what they may not always want to hear. Or there’s chief buyer Linda Fargo, whose acceptance of a collection can mean make or break for its designer. Topped with a look at the painstaking work of Bergdorf’s display supremo David Hoey, as he creates magical fantasies for the store’s Christmas windows (think Harvey Nichols on acid), and the film makes for fascinating viewing. Like the best fashion-based documentaries, it focuses on the interesting people – those who create the fantasy as opposed to those who can actually afford to live it. Much like Goodman itself, Scatter My Ashes at Bergdorf’s will bare little semblance to reality for most people. However, as a window into a world which few of us will enter, it makes an entertaining diversion from the everyday norm.