DVD Review: ‘Kiss of the Damned’ 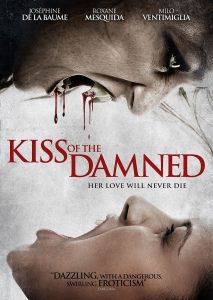 We’ve seen a fair few vampire films do the rounds recently, but none of them are quite like Kiss of the Damned (2012), Xan Cassavetes’ throwback debut. It’s a hugely enjoyable and flamboyant work that combines sleek, cool aesthetics with giddy Eurotrash sensibilities. Like many notable vamp offerings, genre formalities are used as a springboard to explore wider human issues but, crucially, the director doesn’t forget to have fun along the way. The real pleasure is in the way the film deals with the central tension between tribute and progress, with Cassavetes both pushing the envelope and paying her horror dues. 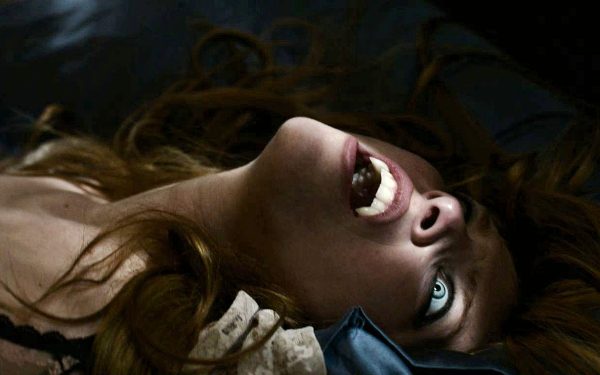 Struggling writer Paolo (Milo Ventimiglia) lives in a secluded lakeside house, waiting for inspiration to rekindle his career. One night, he meets Djuna (Joséphine de La Baume), a vampire who lives in the big, almost empty house next door. She’s in similarly self-imposed exile, trying to rid herself of the desire for human blood. The pair begin an intense, passionate relationship, but it’s not long before the foundations are shaken by the arrival of Djuna’s predatory sister Mimi (Roxane Mesquida), a carnivorous vamp who won’t let Djuna forget her true nature. Kiss of the Dammed rushes along at a fair old pace, dashing through campy melodrama and softcore erotica with equal measures of demonic darkness and delight.

It looks terrific, with DoP Tobias Datum bringing a moody ambiance with his florid, ornate lensing. Italian horror is a notable touch point, not only on the dynamic camerawork, but in the clunky dialogue, often overdubbed by the American and European actors. These giallo sensibilities give the picture a heightened, almost dreamy feel. In La Baume, we are reminded of the brooding glamour of Delphine Seyrig in the cult classic Daughters of Darkness (1971) or Catherine Deneuve in Tony Scott’s The Hunger (1983). How wonderful it is, then, to see a modern vampire film appropriating lustrous Gothic classicism in this way.

The tendency over the last couple of decades had been to demythologise vampires, and replace the glitz with grit. Cassavetes returns to the traditional velvet-strewn mythos, combined with the panache of Mario Bava. It’s likely that this element will stifle Kiss of the Dammed more ambitious aspirations, proving a little too silly for the arthouse crossover. That would be the shame, because there’s substance behind the glittering surface; the desire for transcendence through self- annihilation runs throughout the picture, with Paolo’s transgression becoming synonymous with a cinephile’s lust for some kind of epiphany through cinema.

Read our interview with Kiss of the Damned director Xan Cassavetes by following this link.