Film Review: ‘As the Palaces Burn’ 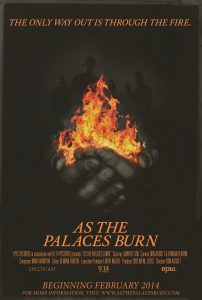 Metal’s reputation has tolerated the most unfounded social clichés. Hackneyed variations of ink-coated sweat-riddled aggressors lacking in any emotion other than sightless rage. However, an ongoing throng of documentaries – including Don Argott’s As the Palaces Burn (2014) – have sought to disassemble this prescribed pigeonholing by pinpointing metal’s compassionate core behind its hostile exterior. Joe Berlinger and Bruce Sinofsky’s grossly devout depiction of Metallica’s destructive relationship with alcohol and their own egos was equally as candid as it was heinously melodramatic in Some Kind of Monster (2004).

Story of Anvil (2004) was the perfect success story of one of metal’s biggest failures, Anvil, and their ambition to shed their comparisons with Spinal Tap. Then there was the deeply harrowing account of Pentagram’s Bobby Liebling in Last Days Here (2011). These films, along with countless other heavy rock stories, underscore the sensitivity and compassion ingrained in metal music and, more importantly, its artists. What Argott achieves in Lamb of God doc As the Palaces Burn exceeds that of other reports on the empowerment of metal. Instead, we observe one of the most heartfelt accounts of liberation through the eyes of the genre’s heaviest group. 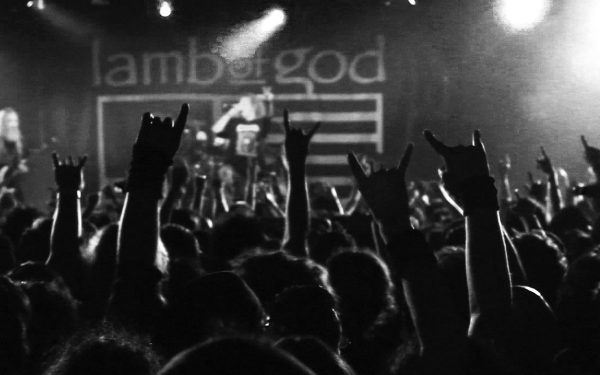 As lead singer Randy Blythe openly recognises during shooting, As the Palaces Burn was not intended to strictly be about Lamb of God, but about the metal collective’s fervent, vehement fan base. Yet what begins as an archetypal homage to the band’s tribulations throughout their fifteen year career soon sees the camera fix solely on Blythe and his battle for exoneration during his arrest on manslaughter charges in the Czech Republic. Two years following the hapless death of Daniel Nosek, a Lamb of God fan, Blythe finds himself in the criminal crossfire. What follows is a step-by-step account of Blythe’s preparation for the trial in cognition with candid interviews with Lamb of God’s overwrought affiliates.

Whereas the heart and candour of similar comparable docudramas such as the aforementioned Some Kind of Monster is diluted by the immodesty of its subjects, Argott levels out the fanboy adoration with perennial sincerity. When not forging the sounds of hell, we witness Lamb of God in their most pensive and reflective of states. These are a group of fortysomethings half-broken by excessive touring and wheezing at the breakneck speed of an ever-changing music industry, all the while combating with criminal accusations against Blythe (which make for many of the film’s most emotionally shattering scenes).

Beautifully soundtracked by Lamb of God guitarist and composer Mark Morton, As the Palaces Burn’s sleepy score is yet another illustration that this is by no means just a documentary about metal music. Nor is it exclusively about Lamb of God themselves. Instead, it’s a display of companionship and commitment towards Blythe’s freedom, his band’s legacy, their followers and the importance of music in people’s lives. Metal music may remain a stigmatised subculture, but As the Palaces Burn proves that there’s more tender humanity coursing through its artists and supporters than what the stereotypes imply.