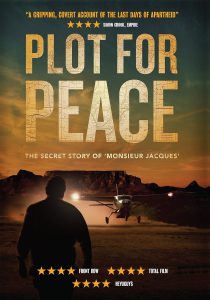 On 5 December 2013, former ANC leader, past South African president and the world’s most famous political prisoner, Nelson Mandela, died following a long period of sustained ill health. His life was justly celebrated not only for the part it played in the dismantling of apartheid but even more significantly in the bloodless manner in which what was a revolution of sorts was achieved. Although some of the gloss has since come off the Rainbow Nation, with accusations of corruption and incompetence dogging the ruling ANC, this salutary victory and the avoidance of a horrific civil war has to be placed as one of the most stunning achievements in post-apartheid politics.

However, the lead-up to Mandela’s release and the back room negotiations that led the white South African leadership towards a realistic acceptance of the terminal path of apartheid has been a largely unseen phenomenon. One man was played a key role in these preparations, a back room boy of history who facilitated a massive changed and this man the subject of Carlos Agulló and Mandy Jacobson’s fascinating documentary Plot for Peace (2013). Jean-Yves Ollivier was an Algerian-born French businessman who made his fortune in trading cereals throughout Africa. From his experience of the end of colonial rule in his North African country, he understood implicitly that the fall of apartheid was inevitable. 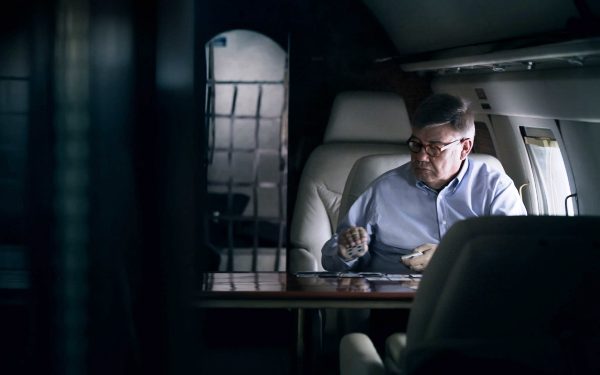 Using his contacts in the upper echelons of French politics and cultivating friendships with the leaders of the states that buffered South Africa, as well as regional players such as the United States, Cuba and the Congo, Ollivier began to intervene in the role of the honest broker. Despite initial missteps – a meeting between Pik Botha and President Chirac was called off at the last minute – Ollivier’s negotiations, based almost exclusively on trust, began to reap rewards and see a movement towards an independent Namibia, with the removal of both Cuban troops and South Africans. The easing of tension on the continent and a high-profile prisoner exchange put into motion an unstoppable march towards the beginning of the end.

All the major players are interviewed and the directors of Plot for Peace are canny enough to allow the arguments that still remain – especially between the Cubans (for many an unsung element in the downfall of apartheid) and the old white South African politicians – to get equal airing. That the documentary’s makers can get Botha and Winnie Mandela to both sing the praises of the same white Frenchman – the mysterious “Monsieur Jacques” as Ollivier was referred to in official correspondence along with the head of the South African Secret Service of the time and former President Thabo Mbeki – is proof not only of their amazing access but also the esteem in which Ollivier is held in both the backrooms of power and across the broadest of political spectrums.

The US presence in the region is represented by the perennially bemused Chester Crocker, whilst Ollivier is himself an amusing and engaging storyteller, a benevolent friend to everyone who could also show occasional flashes of steely resolve. The footage of violence on the streets during the eighties, police firing into crowds and coffins escorted by political protesters to be buried is evidence enough that a counter-factual of a bloody civil war is all too credible. The relief that this was avoided and that Ollivier played a key role is proven by the fact he remains the only man ever to be honoured both by the pre- and post-apartheid regime. Plot for Peace stands as a genuinely revelatory contribution to the understanding of a turning point in world history.