The latest in a long line of trashy action thrillers spearheaded by French producer extraordinaire Luc Besson, Camille Delamarre’s Brick Mansions (2014) – an American remake of 2004 parkour-driven French adrenaline-pumper District B13 – is just about as mindless as they come. It’s essentially a collection of shoddily edited action sequences, underpinned by a monotonous narrative that has no purpose, let alone moral heart to reward viewers’ waning attention. The late Paul Walker, who tragically died last November, stars as protagonist Damien Collier, an undercover cop who accepts an assignment to infiltrate an infamous and high-risk housing complex deep within a fictional Detroit. 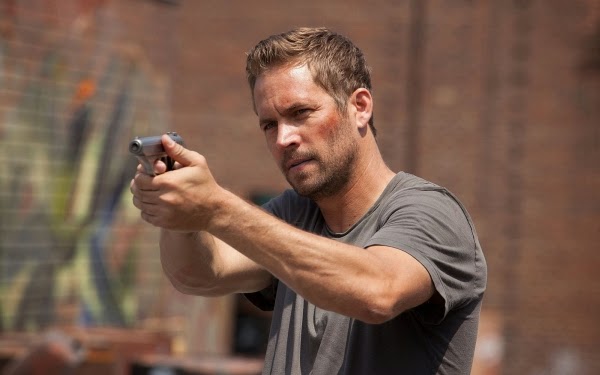 With the help of escaped convict Lino (David Belle), Damien sets out to locate Tremaine Alexander (Wu-Tang Clansman RZA), a ruthless crime lord who’s harbouring a neutron bomb with enough power to destroy the whole of Detroit. Far more interesting in depicting the art of parkour than in manufacturing a plausible and absorbing narrative, Brick Mansions is a tedious watch, exacerbated by bad characterisations and dialogue that are ludicrously bad, even by the low standards typically found within action films. And, instead of making up for the failures elsewhere, the action sequences are below par, offering up no drive whatsoever. It’s not that the chases, which take place on foot and in cars, aren’t in their basic respect thrilling, but more that Delamarre’s direction is rough and frustratingly hasty.

Time and time again throughout Brick Mansion’s necessarily short runtime a new set-piece will seemingly have already begun before the previous one has had time to soak in. It leaves a lot to the actors to atone for and sadly, despite Walker’s natural charisma and Belle’s obvious skills at parkour, it all proves too much. As difficult as it is to be too harsh on Walker’s final completed feature before his untimely death late last year, there’s little of merit within Delamarre’s Brick Mansions to potentially compliment. It’s at its best a by-the-numbers thriller that represents exactly what Besson’s career has become: one senseless, uninspired, unrealistic actioner after another.